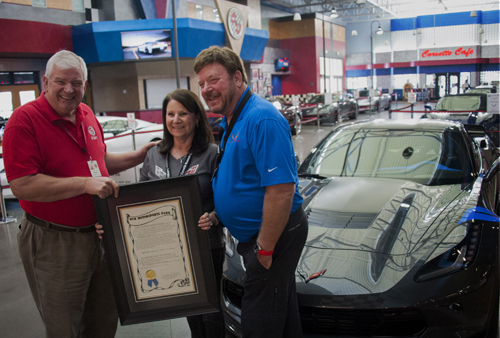 For Bill and Debbie Esicar, it was a slight twist of the arm by fellow NCCC (National Council of Corvette Clubs) members David and Linda Goebel to join the NCM Motorsports Park’s Acre Club. “We’ve been here so many times, and I was asked, so I did,” said Bill.

Bill and Debbie are no stranger to the track, both currently ranking 11th in their standings with NCCC Autocross with one more race to go this season in Shelbyville, TN on a go-kart track. “This past weekend we beat C7s and souped up RP cars with our 2008 Z06,” said Bill.

The couple, Lifetime Members of the Museum, were picking up their 2017 Collector Edition Grand Sport through the R8C Delivery Program when they were presented with a framed “deed” for their acre by Executive Director Wendell Strode.

Only seven acres are remaining in the Acre Club program which is slated to conclude at the end of 2016. The names of program participants will be etched in a permanent wall at the NCM Motorsports Park, slated to be unveiled in 2017. 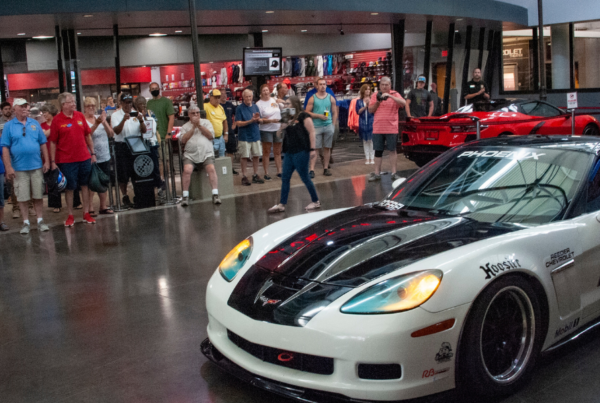