Restored 1962 Corvette to be Revealed on 4th Anniversary of Sinkhole 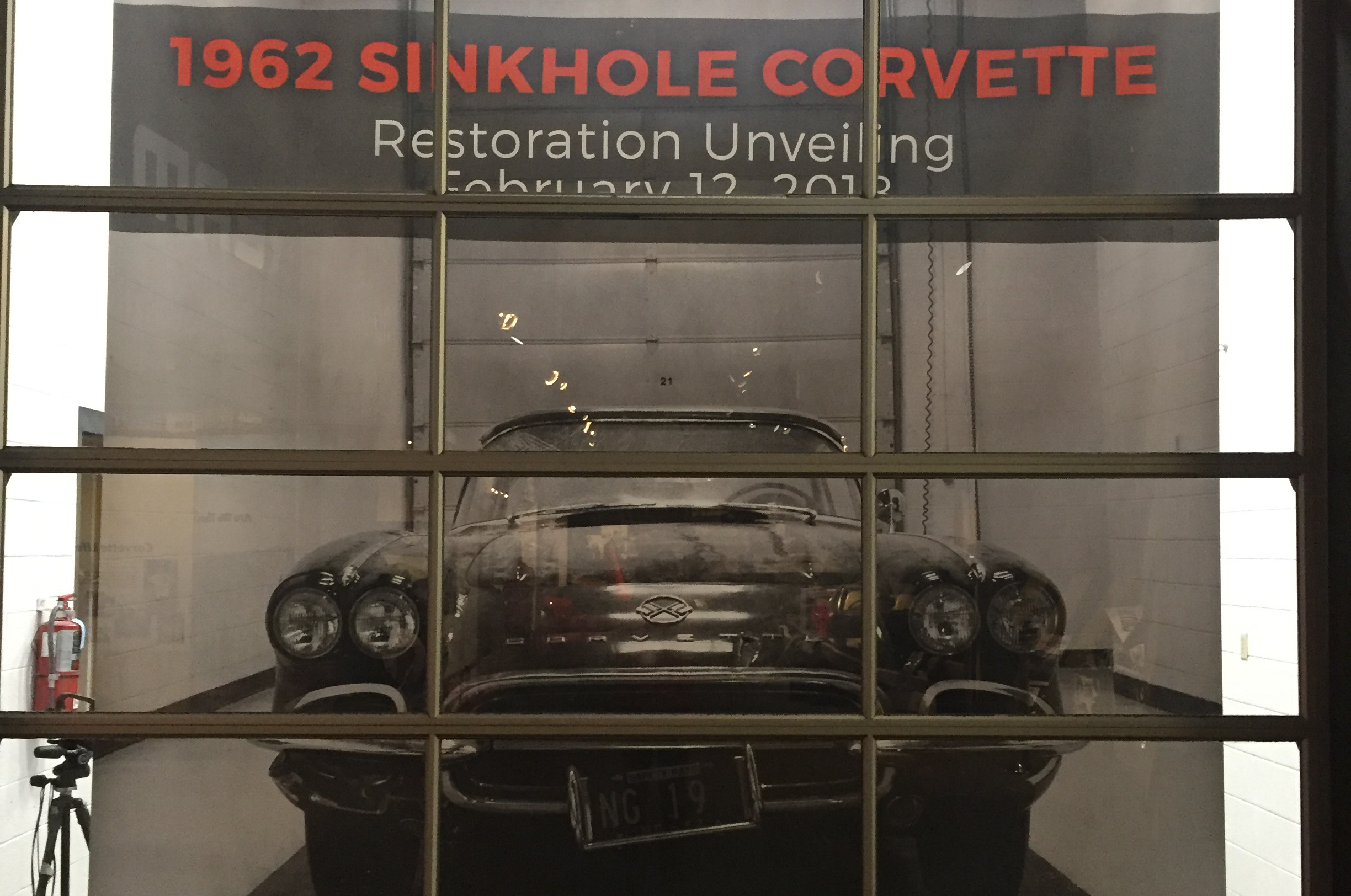 Nearly four years ago many Corvette enthusiasts across the globe woke up to some startling news. A massive sinkhole had opened inside the National Corvette Museum in Bowling Green, Kentucky – taking eight Corvettes into its depths. What could have been a roadblock for the Museum turned into more of a speed bump as the natural occurrence garnered international media attention, and the casualties were luckily just inanimate objects. Making lemonade of the situation, the Museum turned what could have been a disaster into a tourist attraction, offering visitors the chance to see the Corvette-swallowing sinkhole up close and in person, as well as all eight Corvettes in their damaged state.

In the years that followed, the hole has been mostly filled (a manhole into what’s left of the cave with viewing window remain), and two of the Corvettes were restored by General Motors. In 2016 the Museum opened ‘Corvette Cave In: The Skydome Sinkhole Experience’ exhibit offering a hands-on, in-depth look at the story of what happened. Then in 2017 it was announced that restoration would begin on the final repairable Corvette – the Tuxedo Black 1962.

The Corvette was donated to the Museum in 2011 by David Donoho, a die-hard enthusiast who saved up enough money to buy the car in high school, and ultimately owned it just over 50 years. David was so obsessed, in fact, that he earned the nickname “The Weather Man” because his friends would tease him about how closely he would watch the weather, and quickly take his Corvette home when there was a chance of rain.

Most of the restoration work has been viewable by visitors to the Museum, and in some cases Decker would let guests get an up-close view and share with them the process that was being accomplished that day, answering questions along the way.

On Monday, February 12, 2018 the restored 1962 will be placed back in its original pre-sinkhole display space in the Skydome and revealed to the public. A ceremony will be held in the Skydome at 9:00am CT, and broadcast live on the Museum’s Facebook page.

“For me, it’s been an honor to perform the restoration of the 1962,” said Decker. “This Corvette as well as the other seven made international headlines. Visitors travel from all over the world to visit our Museum and see these cars. I can’t wait for them to see the transformation.”