Visitors Can Watch the 1962 Corvette Restoration 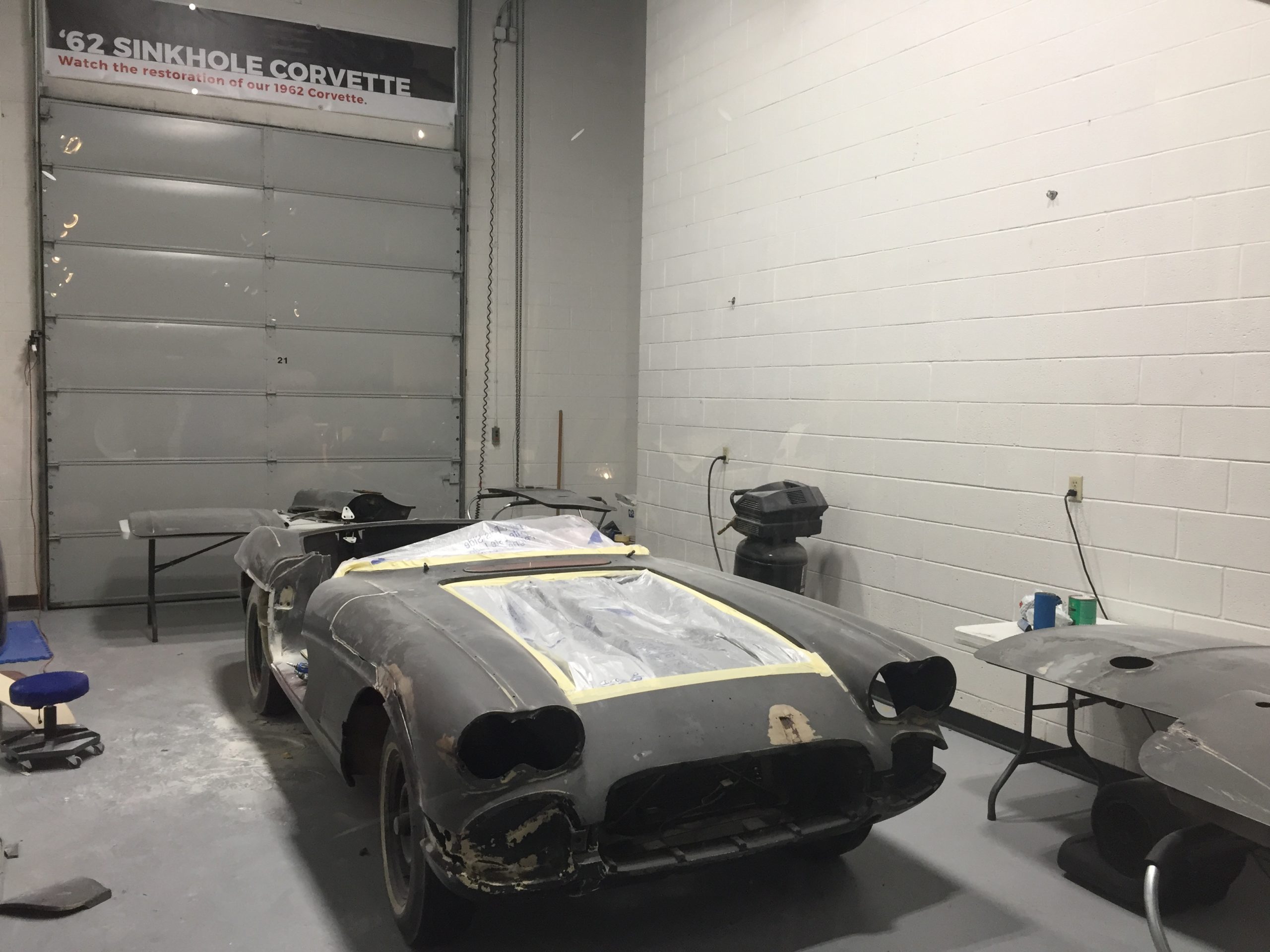 It’s been some time since we’ve given you an update on the 1962 “sinkhole” Corvette, but work has been well underway since February to bring it back to the condition it was in when it was donated to the Museum. Daniel Decker, Museum Vehicle Maintenance and Preservation Coordinator, has been hard at work in the garage bay next to the AutoZone Maintenance Area, and Museum visitors have been able to catch a glimpse of the progress.

“We have all of the paint stripped, and we went in and started trimming the broken front fender for rebonding and fiberglassing back in,” said Daniel. “The driver side door, hood and trunk lid scratches have all been repaired. We have received the new rear quarter panel section, so we have got the old one cut out, and the new portion fitted.”

The new and old will come together before visitors’ eyes on Friday, November 3.

Work will continue on the car pretty much every week day from now until the car is complete and visitors to the Museum can observe the work in action daily, until 3pm. “Fridays will be when we do the more expensive type work, like primering,” added Daniel.

The restored car is planned to be revealed on the fourth anniversary of the sinkhole, February 12, 2018.