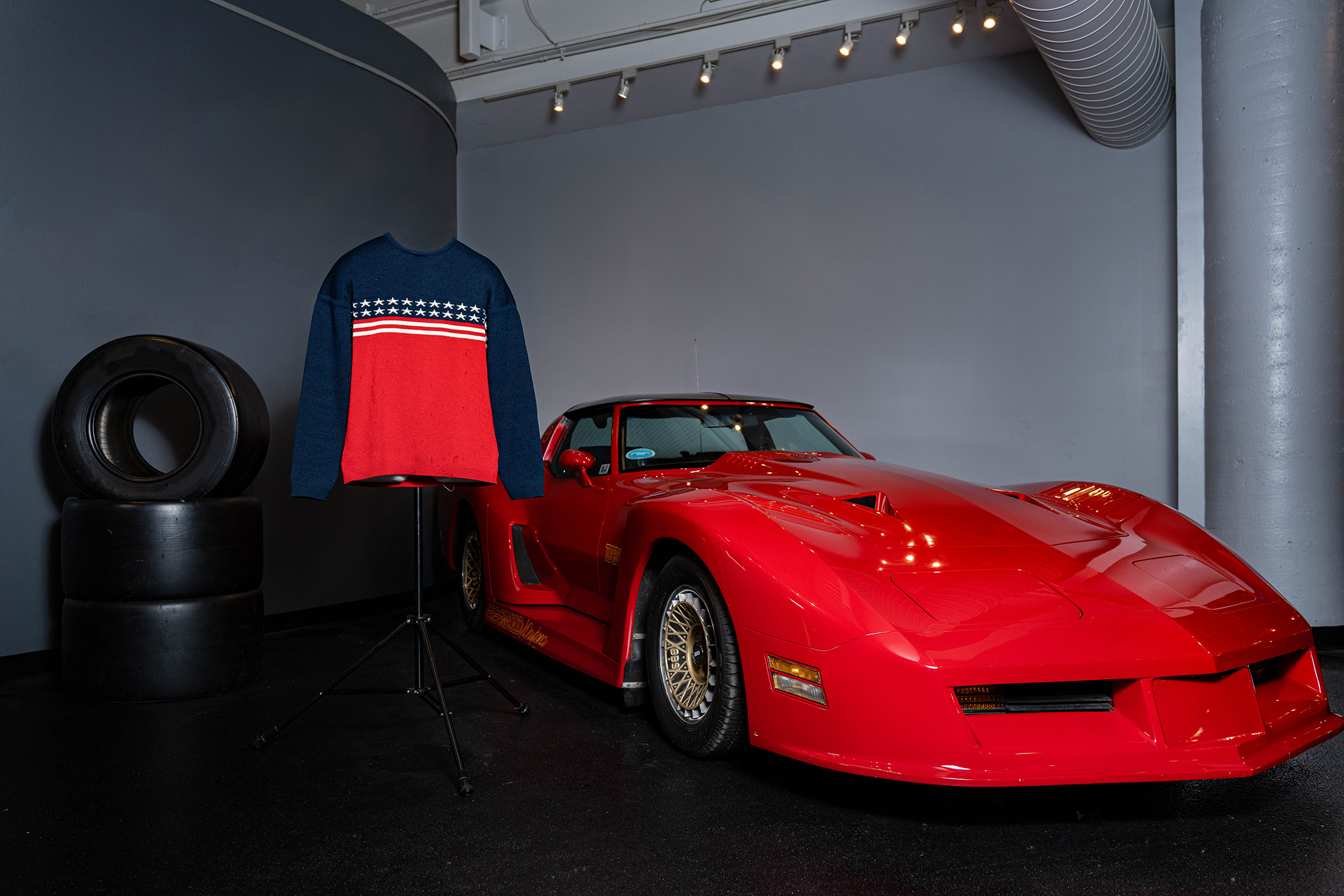 As July is the month where we celebrate the best parts of being American, (with America’s Sports Car being one of them) we thought we’d pull something from the collection with a patriotic flair to it. 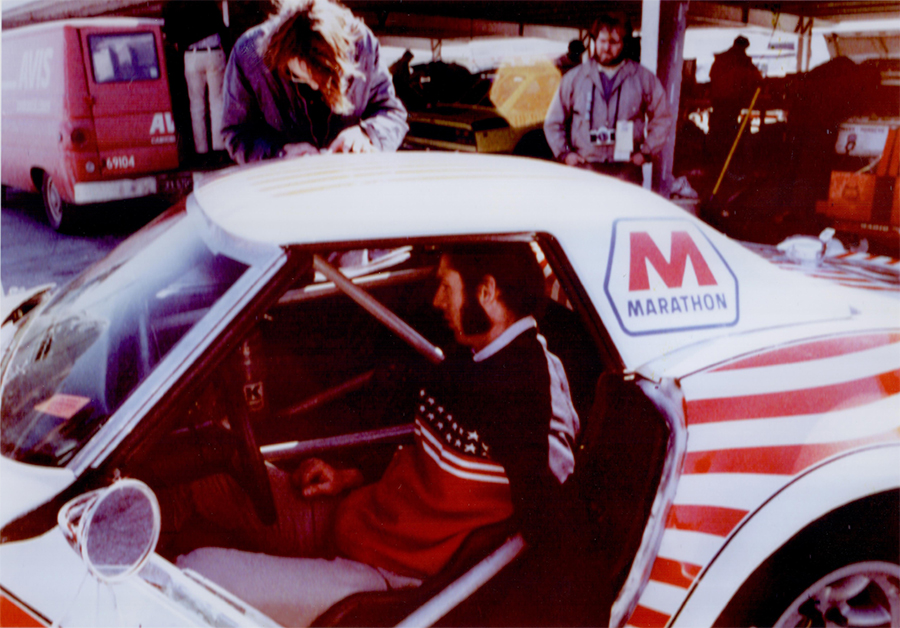 Our story begins in August of 1970, at another time in history when the country was deeply polarized over a wide array of issues. John Greenwood wanted to put together a paint scheme for his race car that might unite people over something, and remind them that they were all in this together. 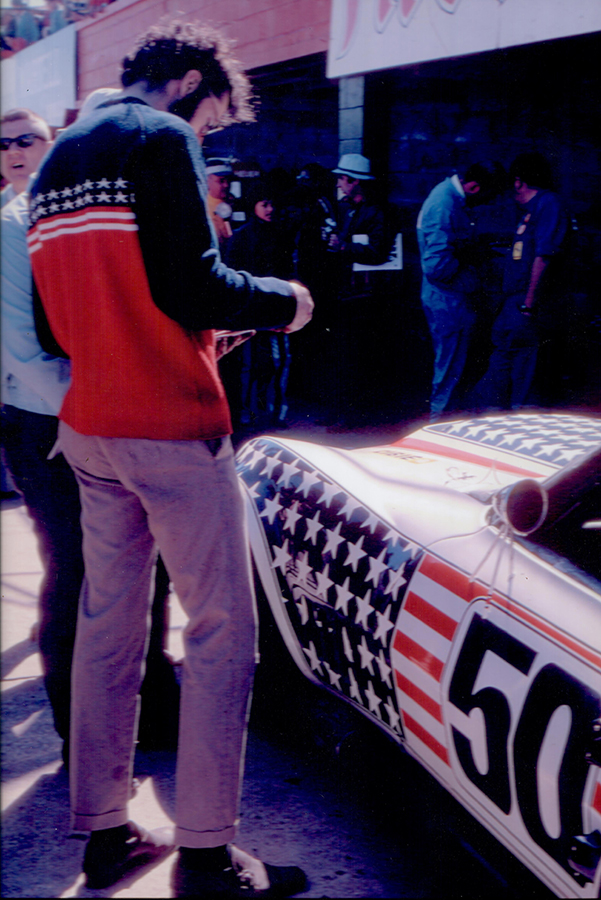 With that in mind, he called a friend who had a passion for designing race cars and graphics, GM Designer, Randy Wittine. He told him, “We want our car to be a flag.” John’s brother, Burt Greenwood, still remembers when Randy came over to the shop with several sketches. “I still have some of them,” he says. “We loved the stripes and the stars. We picked one and put it on the car, but the others were so good, we used some of them on other paint jobs.”

The sweater was a gift from John’s wife, that actually came before the Corvettes got their red, white, and blue attitude. So, when the Greenwood Corvette turned heads on track with its stars and stripes graphics, and John showed up wearing a sweater to match, there was no doubt about how proud he was to be an American. “People saw that sweater,” Burt recalls with a chuckle, “and they started calling him Captain America.”

The Stars and Stripes theme carried on through other Greenwood cars, looking especially proud on the famous wide-body Corvettes. “The competition at the long-distance races was mostly made up of Porsches and BMWs, making the Patriotic scheme something that fans could rally around at the races.” 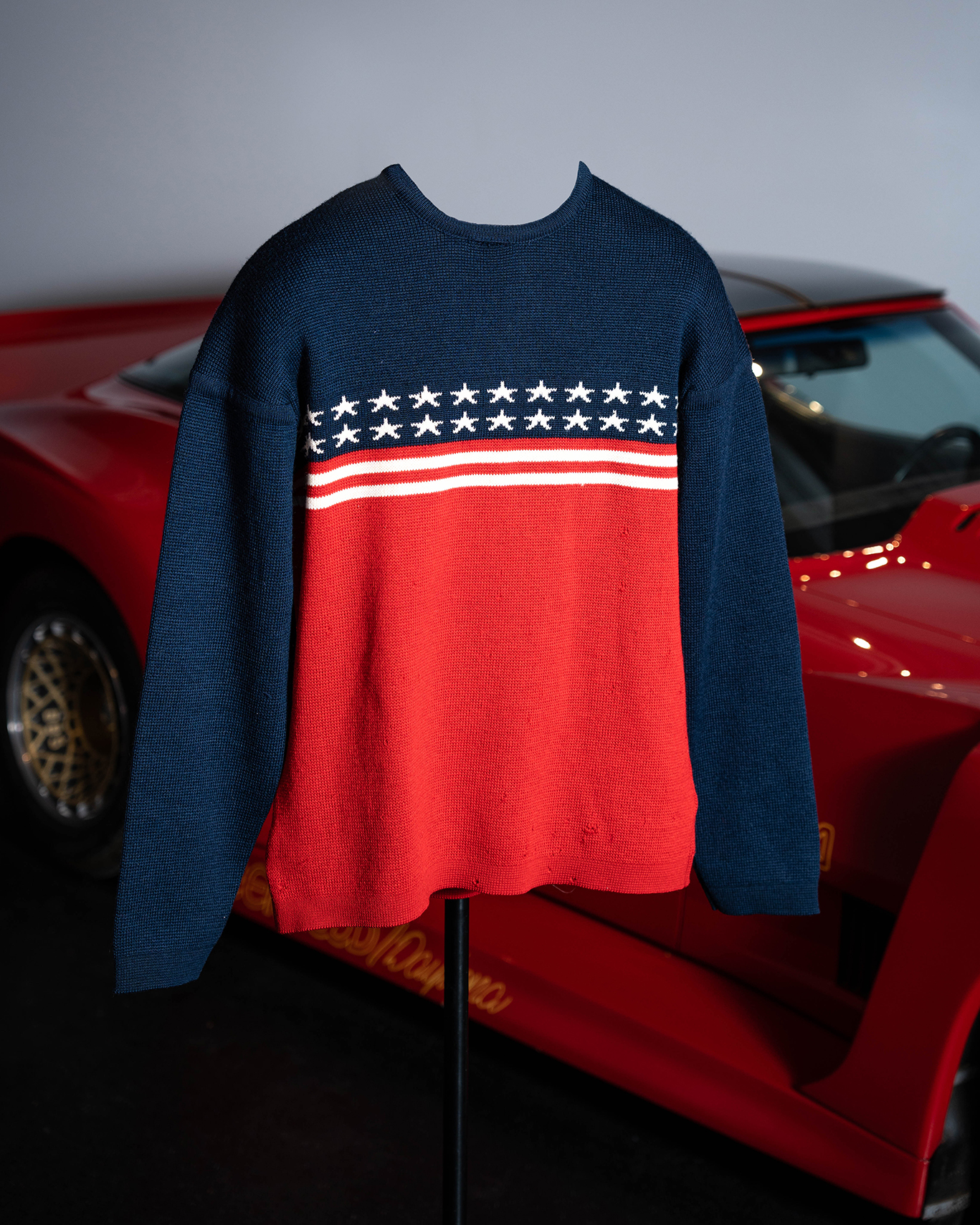 We lost John on July 7, 2015, but he and his brother Burt are forever remembered as members of the Corvette Hall of Fame, for their Star-Spangled Sports Cars.

John’s sweater was donated to the National Corvette Museum, along with an eagle necklace he often wore, by Rick Mancuso, who was a friend, driver, and owner of one of the wide-body Greenwood Corvettes.

To learn more about John and Burt Greenwood, follow this link for a short video of their story. 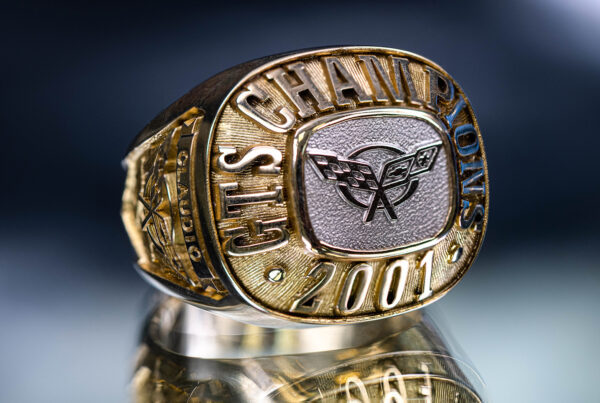 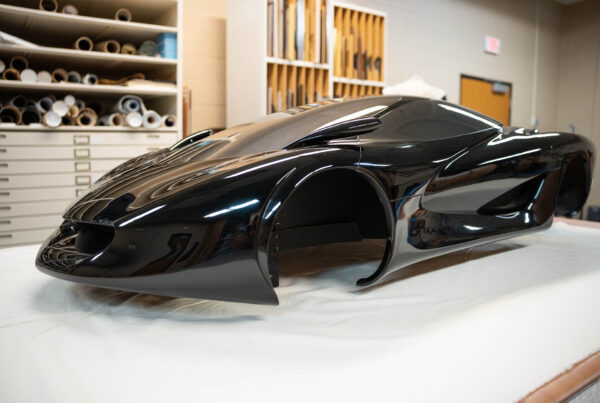 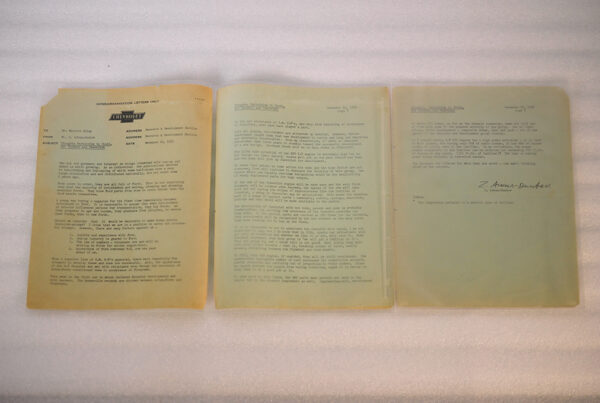