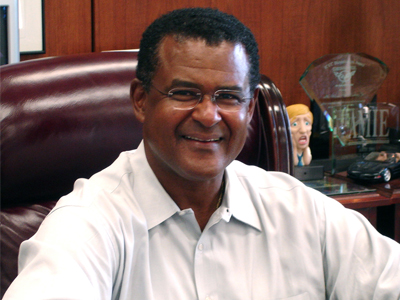 Wilmer Cooksey Jr. served as Corvette Plant Manager from February of 1993 until his retirement in March 2008. As the first African-American to earn the position and the man who held it the longest, he brought a life-long love of Corvette to the job. Believing in the phrase that “none of us are as smart as all of us,” he worked with the United Auto Workers Union and listened to customers to make the Corvette exceed the expectations of all who dreamed of having one someday.

Born in Fort Worth, Texas in 1942 Wil accomplished much in his life. He earned a Bachelor of Science degree in electrical engineering and a Masters degree in industrial engineering. He went to Officers Candidate School as well and served as a 1st Lieutenant in the U.S. Army where he was awarded the Bronze Star for his efforts. He is the winner of a number of honors including “Black Engineer of the Year–President’s Award”, “Achiever of the Year”, “Black Achiever in Industry” and now takes his place in the Corvette Hall of Fame.