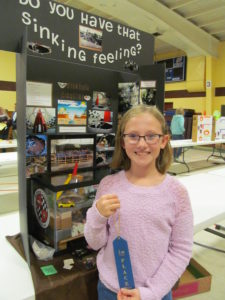 Alexis is awarded first place in her division and category for her sinkhole model.

When it came time to create a project for her elementary school’s science fair, Alexis had selected sinkholes as her theme. But it was after Googling her topic that she learned of the massive sinkhole at the National Corvette Museum. She had never been to the Museum but was intrigued by both the Corvette and the story of what happened with the sinkhole.  “I think Corvettes look really cool. I like their design and that they are really fast,” said Alexis. “I also like the colors that are used and how the exhaust is together at the back. I like the sound of them when they are revved and driving fast.” Alexis’ dad, Seth, reached out to us to request permission to use our photos. We were so excited about the project, we asked Seth to share with us the finished product.

Alexis, a 5th grade student, created an interactive model of the Museum’s sinkhole, paired with imagery of the sinkhole, diagrams, a map and other facts about caves and sinkholes. Her model was created using an aquarium with a miniature model of the Museum, Skydome and Corvettes, plus layers under the surface to illustrate bedrock, non-porous rock, limestone and top soil.

“The board on the bottom portion of the aquarium has two small stilts on it to lift it off of the bottom. There were holes drilled in the board near where the cave would form, allowing the water to drain out of the cave so that it would not fill with water,” Alexis explained. “The bedrock and non-porous rock were Styrofoam blocks wrapped in duct tape. The part where the cave would form had plastic tubing in it to allow the water in it to dissolve the sugar cubes, which represented the limestone. The top board had a hole cut in it that would become the opening of the sinkhole. The pieces that were cut out were supported by a piece of plastic to hold them up until the cave formed, and it was time for the roof of the cave to collapse. This was done by pulling on a string that was tied to the support to act like it gave out, causing the roof to collapse and a sinkhole to form.”

Alexis then shared with us how the demonstration worked. “Once everything was in place, water was poured into a funnel, which was attached to the plastic tubing. Water entered the area with the sugar cubes and began to dissolve them. As they dissolved, a cave formed in the area. When the cave was too large, the support gave way, and a cover-collapse sinkhole formed.”

You can check out a demonstration of how a sinkhole forms in this video Alexis made:

Deservingly, Alexis was awarded 1st place in her division and category! She also qualified to move on to the County Science Fair. “She was very excited and proud,” said her dad, Seth. “Her project drew a lot of visitors during the public viewing as well.”

Congratulations, Alexis, on your awards and great job on this wonderful educational piece on the Museum’s sinkhole! 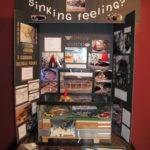 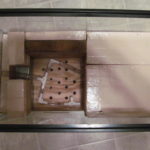 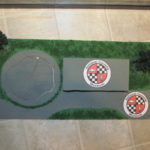 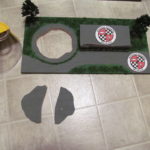 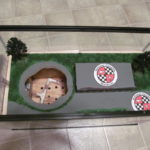 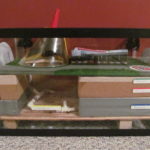 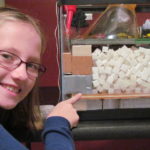 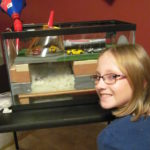 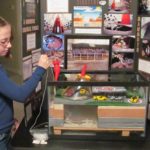