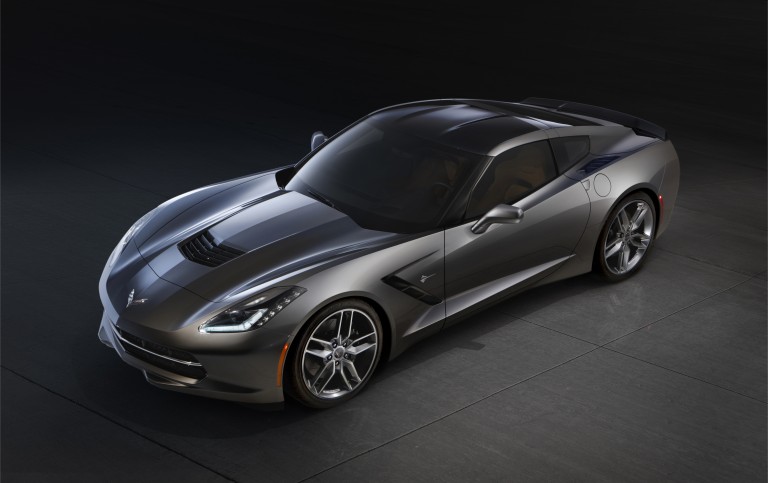 By Corvette MuseumDecember 17, 2020No Comments 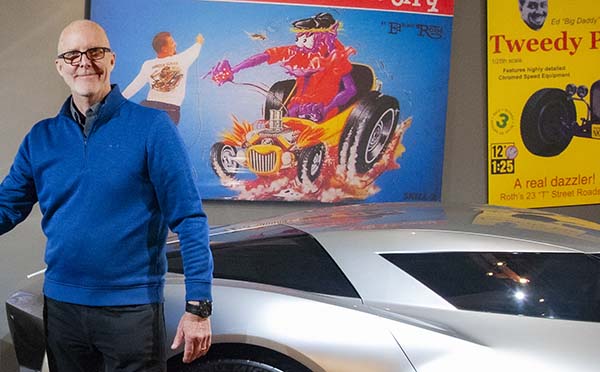 Tom Peters, pictured with the Corvette Stingray Concept which was also used in the second Transformers film, co-curated the Ed Roth / Rat Fink exhibit at the National Corvette Museum where the car is currently displayed.

A familiar face from General Motors is re-emerging from retirement to join the team at the National Corvette Museum. Tom Peters, former Director of Design for the GM Performance Car Studio and 2019 Corvette Hall of Fame inductee, has joined the Museum’s curatorial team effective January 2021 as Consulting Curator of Exhibits. Tom is no stranger when it comes to assisting with Museum exhibits, having co-curated ‘Car-toon Creatures, Kustom Kars and Corvettes: The Art and Influence of Ed “Big Daddy” Roth’, a special exhibit that officially opened in January, 2020 and continues through April, 2021.

“Sean had the thought to see if Tom would be interested in being involved with the Museum in a more official capacity after his co-curation of the Rat Fink exhibit,” shared Derek E. Moore, Director of Collections / Curator at the Museum. “Of course, his design background with GM is huge and we figured the best use of his talents would be in aiding us in the overall visual experience of our exhibits at the Museum.”

The Museum’s collections team, including Derek and Associate Curator Bob Bubnis, collaborate to develop a narrative plan and storyline for each exhibit, with plans to bring Tom into the fold to dig even deeper into the stories and the look of the exhibit.

“We want Tom to help build up our exhibits, tapping into his first-hand experience behind GM’s closed doors,” said Derek. “Tom can take those stories that are text on a label and help us bring them alive visually. We will look at how we can use the cars and artifacts we have to make our exhibits as much of a visual experience as they are educational – balancing the storyline with something visually interesting for our guests.”

With over 18 months of leadership at the National Corvette Museum under his belt, Dr. Sean Preston, President and CEO, is excited to continue investing in exhibits and Corvette history.

“We have Corvette Racing’s Andy Pilgrim as our resident track pro at the NCM Motorsports Park, and now Tom Peters as a resident design pro at the National Corvette Museum. We are not only preserving and showcasing Corvette history, now we have a direct connection to that history – someone who was not only there to experience it, but who made that history during his career. This is truly a historic hire for the National Corvette Museum.  We care deeply for the cars and artifacts in our care, but we also curate Corvette culture.  Tom has a wealth of experience and understanding in both areas.  He will be a welcomed addition to the already successful Curatorial and Collections team.”

“I think the Museum has a great relationship with GM but bringing Tom on board just makes those connections even stronger,” added Derek. “I’m excited to tap into his nearly 40 years of experience with the iconic automaker.”

Even General Motors is excited about the move and looking forward to how Tom’s skills can be further utilized to preserve, educate and promote the iconic Corvette. 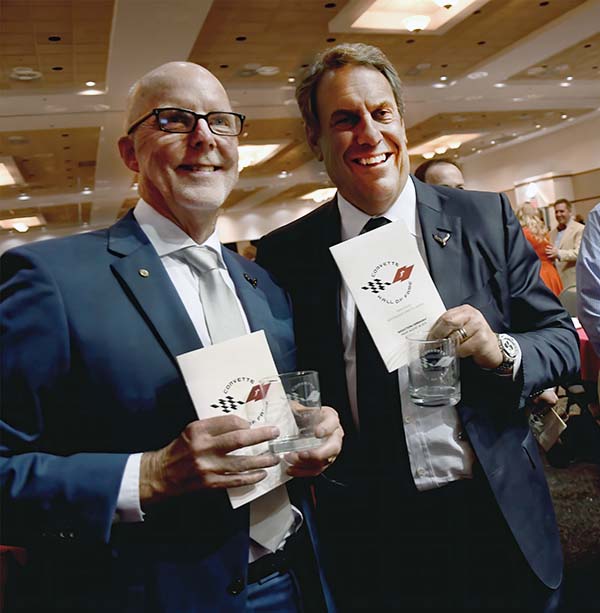 “I can’t think of a better choice for this position than Tom Peters,” said Mark Reuss, General Motors president. “His institutional knowledge of Corvette and his enthusiasm for it are unmatched. Through the years, he has played a crucial role in maintaining Corvette’s status as America’s Sports Car, and, as Consulting Curator of Exhibits, he will ensure the National Corvette Museum remains the ultimate caretaker of Corvette’s storied history and its dynamic future.”

Tom is looking forward to playing a role in the Museum’s exhibits moving forward, with a combination of remote work and regularly planned stints physically working in the Museum.

“The invitation to work with the National Corvette Museum, the first thing that struck me is that it’s a fabulous honor,” shared Tom. “I’ve always felt that working with the Corvette team was not only a dream and a privilege, but an incredible adventure and I’ve always regarded Chevrolet and Corvette as family. This is an extension and continuation of that. Working with Chevrolet and the Corvette team becomes more than just a job, it’s part of your life and lifestyle.”

First up for Tom will be helping to refine the new Enthusiast exhibit area, and Damsels of Design exhibit – which was fully funded by Elfi’s Silver Pearl Sisterhood, a female-led philanthropic giving society of the Museum.

“We are excited that Tom was open to this opportunity. It’s really going to bring the Museum to another level with the visual design of our exhibits,” added Derek.

“To me, the possibilities are wide open,” said Tom. “From the viewpoint of a customer coming in, or an enthusiast, you want them to feel like they’re part of the team so they experience the excitement whether it’s design, engineering, racing or even how you market cars. We have the opportunity to help guests fully understand the rich heritage behind what has inspired Corvette over the years in terms of vision, design and development… the way they have evolved and influenced culture around the world.”

The new Enthusiast area will be funded through the generous support of contributors to the Museum’s 2020 fall giving campaign. If you’ve not yet made your end-of-year tax-deductible donations and would like to support this new exhibit, click here to make an online gift. Donations may also be mailed to the Museum at 350 Corvette Drive, Bowling Green, KY 42101.

“Thank you to all of our amazing members and supporters,” said Sean. “Without you, we would not be able to grow and continue enhancing this Gateway to All Things Corvette. We can’t wait to show you all the new exhibits.”