By Mariah HughesMarch 2, 2022No Comments

The National Corvette Museum is pleased to announce the appointment of its board officers for the 2022-2024 term. These board members are essential to the success of the organization and help to lead the overall mission and vision of the museum. According to Sharon Brawner, President and CEO of the National Corvette Museum, “I’m grateful to our talented and knowledgeable board of directors for their constant leadership, collaborative nature, and dedication. The depth of Corvette knowledge among these specific leaders – especially GM Assembly Plant Director Kai Spande – is simply astounding. I know that the National Corvette Museum is sure to benefit from the influence of this board.” Officers appointed for this term include: 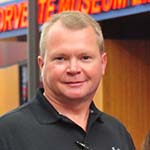 Kai is the current Plant Director for the General Motors Bowling Green Assembly Plant and has served on the Museum’s Board of Directors for six years. Kai has more than 30 years of experience in both manufacturing and manufacturing engineering within powertrain. During his esteemed career, Kai has held leadership positions in Michigan, Ohio, and New York. He has also held a number of international assignments including a U.S. Department of Commerce Fellowship, which resulted in a one-year assignment in Japan and a Director position in the GM/OPEL European Powertrain Engineering Staff. Upon his appointment to Team Corvette, Kai left behind a large team in Germany and Italy, as well as capital projects supporting the European region valued at $350 million. Kai graduated from the University of Northern Iowa with a degree in Industrial Technology with additional study in Japanese Technology at Vanderbilt University. In his current role as Plant Director, Kai utilizes his diverse knowledge from years of working with people of all different backgrounds to enhance the culture within the plant. Kai is keenly focused on product quality, efficiency and leverages his decades of experience to assist in furthering the current success of the best sports car in the world, the Chevrolet Corvette. 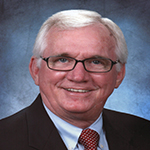 Glenn is the current mayor of Port Neches, Texas and has served as such since 2002. Glenn is also a Vietnam War Era Veteran and is retired from the Human Resources Department of Texaco/Star Enterprise/Motiva Enterprises LLC. Glenn is active in the credit union movement and currently serves as Chairman of the Board of FivePoint Credit Union. He is Past President of the Sabine Chapter of Credit Unions and Past President of the Texas Credit Union Leagues State Chapter Presidents Association. Glenn has also served on the Lamar University Alumni Advisory Board, Southeast Texas Regional Planning Commission, and as Chairman of the Board of the CHRISTUS Health Foundation–Southeast Texas. Glenn is a member of the Tri-City Corvette Club (SE Texas) and serves as the NCM Master Ambassador to the club. Glenn has served on the NCM Board of Directors since 2016. 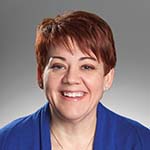 Kaye is a Pediatric Hematologist/Oncologist for Sanford Health in South Dakota. When Kaye is not tending to her patients, or serving as Department Chairman, Division Director, and Associate Program Director for Sanford USD Pediatric Residency Program, she is in the classroom as an Assistant Professor for the Department of Pediatrics at the Sanford USD School of Medicine. She also serves as the Camp Director and Medical Director for Camp Bring It On, a summer camp for children with cancer and is President of the Board of Directors for the Children’s Oncology Camping Association, an international organization of individuals who run summer camps for children with cancer. Kaye is a member of the Sioux Falls Corvette Club and has served on the NCM Board of Directors since 2019, most recently serving as Board Secretary from 2020-2022. 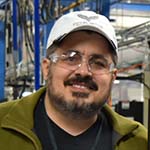 Michael is an accomplished business owner and serves as the CEO of both Ready Computing and Ready Motorsports. At Ready Computing, Michael leads a passionate group of technologists focused on creating and implementing interoperable software products that optimize business operations in various sectors including but not limited to health care, social care, supply chain, and logistics. With a true passion for automobiles, in 2015 Michael started Ready Motorsports which is dedicated to the marketing, promotion, and sponsorship of motorsports entertainment. Since January 1, 2020, Michael has proudly served on the Board of Directors of the National Corvette Museum and also serves as the Chair of the Business Integrations committee. In addition to serving on the Museum board, Michael also serves the NCM Motorsports Park as a strategic advisor. 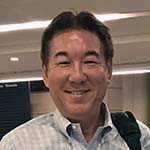 Neil currently serves as CFO for Loop Media Inc., a premier content streaming company providing both in home and out of home video and media content. Prior to Loop Media, Inc., Neil served as Chief Financial Officer for US Auto Parts Network, Inc. from March 2014 through April of 2019. He has also served as Chief Operating Officer for National Stores, a discount department store chain that operates more than 300 locations from June 2014 to March of 2015. From June 2006 to June 2014, he was the Executive Vice President and Chief Financial Officer for Anna’s Linens, a national textiles and home goods store that operates more than 300 locations. As a veteran financial and operational executive, Neil has also served as the Chief Financial Officer for PetSmart, Shoe Pavilion, Elizabeth Arden Red Door Spas, Mac Frugal Bargain Closeouts. Neil serves as Chairman of the Board for Reality Ventures International a consumer product innovator since April of 2021. Neil has been serving on the NCM Board of Directors since 2020.