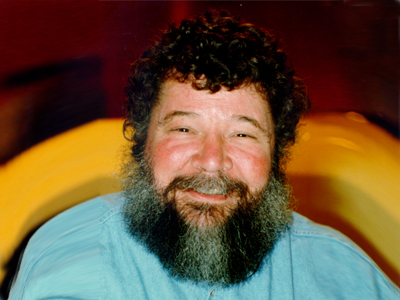 Terry McManmon is a car guy down to the grease under his fingernails. His passion for Corvette was ignited in the early ‘60s when he shared his army buddy’s ‘58 Convertible. He purchased his own Vette in 1969, and even a nasty crash six weeks later could not quench his enthusiasm. While at the dealership buying parts for his ‘57 Chevy, McManmon was introduced to a shiny new 1970 LT-1 Corvette. It was the beginning of a life-long relationship that would take McManmon to the 1984 National Corvette Restorers Society convention in a campaign to create a new NCRS judging category, the ‘68–‘72 Vettes. During the membership meeting, the topic of collecting Corvette technical documents was also discussed.

“The thought occurred to me that it was not prudent for us to be in competition with each other for a limited amount of literature,” says McManmon, who had participated in setting up a local heritage society in his Berwyn, Illinois home. Why not start a similar not-for-profit foundation that would gather materials in a central location, available to all? “Letters, phone conversations and discussions at various NCRS events led to July, 1986,” McManmon recalled, “when I sought the approval of NCRS officers at their national convention in Sparks, Nevada, to form the NCRS Library, Archives & Museum Committee.” Although the initial focus was centered on an archive, when Ray Quinlan offered to donate his 1953 Corvette if a museum was established with tax-deductible status, McManmon and his committee began to broaden their vision. A report was prepared addressing the steps necessary to secure 501(c)(3) tax-deductible status, and when McManmon submitted his report to the NCRS Board of Directors, the recommendation to establish a Corvette museum foundation was formally proposed and adopted.

McManmon suggested that Ray Battaglini head up the new foundation while he took on the role of secretary, devoting countless hours and his organizational talents to the project. He would go on to serve two terms on the NCM Board, retiring in 1999. From that day in 1984 when he spoke up in favor of a Corvette archive until the opening of the National Corvette Museum, Terry McManmon labored for ten years to see the dream realized. Whether it was working on cars or building a museum, McManmon was never afraid to get his hands dirty.