Each year, the National Corvette Museum inducts individuals into the Corvette Hall of Fame who have made significant contributions to the hobby. This year’s inductees, Dollie Cole in the category of Enthusiast; Briggs Cunningham in the category of Racing and Tom Peters in the category of GM/Chevrolet, will be celebrated as part of the Museum’s 25th Anniversary event August 28-31, 2019. The actual induction ceremony will take place on the evening of Friday, August 30.

In celebration of the class of 2019, the Museum’s Collections Department has curated a special display featuring a number of special items and vehicles to represent each of the three individuals. The items will be on display in the Museum’s Skydome throughout the Anniversary event, with smaller display cases featuring items from each remaining for one year. 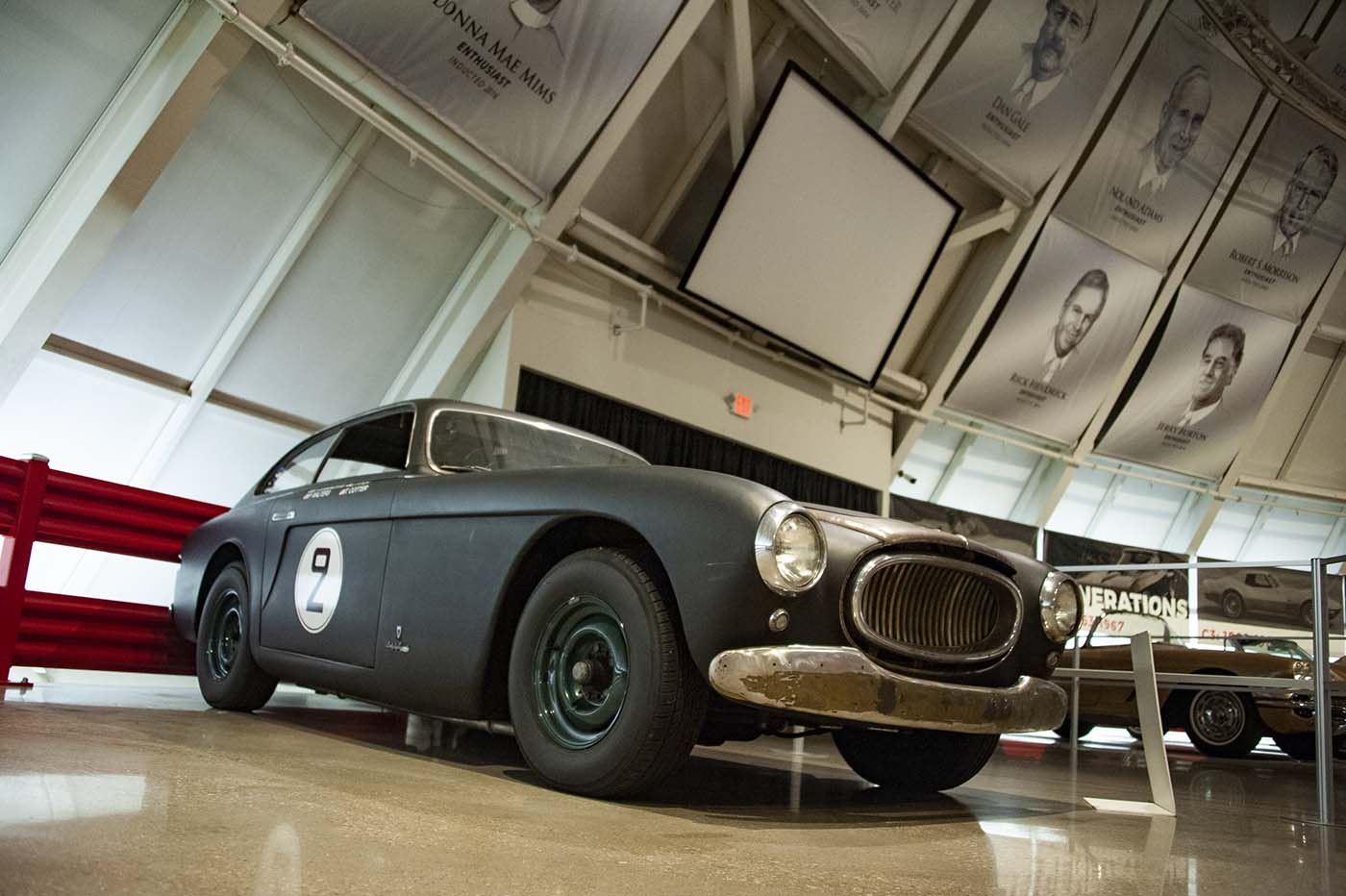 This is the second production car built by Briggs Cunningham and was his personal car. The car is on display as part of the tribute to Briggs Cunningham’s racing career that led up to the famed 1960 class win at Le Mans with Corvette. The car will be on display through the end of September 2019.

This is the class winning #3 1960 Le Mans Corvette that ran as one of the team cars for Briggs Cunningham during the 1960 24 Hours of Le Mans. With three Corvettes in total, numbered consecutively 1, 2, and 3, Briggs Cunningham was determined to take a class win at Le Mans. After the #1 and #2 cars had to be retired, this car was the only hope. After creatively packing the engine compartment with ice to keep it cool during the last few hours of the race, the #3 Corvette took the checkered flag and won its class.

This is the styling buck for the 1986 Corvette Indy mid-engine concept car. The exterior design was developed by Tom Peters, the GM-Chevrolet inductee for 2019. According to John Cafaro, Executive Design Director of Chevrolet at the time, this car had a profound influence, not only on Chevrolet, but on many vehicles across the GM fleet and the automotive industry as a whole.

To stimulate creativity, VP of Design, Chuck Jordan, challenged three Chevrolet design studios to develop a look for the revolutionary 5th Generation Corvette. The three contestants were the California Studio, John Cafaro’s Chevy 3 Studio, and the Advance 3 Studio, led by Tom Peters. When their final full-sized models were done, they took Chuck to an undisclosed location for their unveiling– Selfridge Air Force Base, in Harrison, Michigan, where he saw the cars parked near an F-16 fighter jet. John Cafaro’s version would move forward as the winner, but Tom always saw it as a friendly competition meant to stimulate ideas.

When the C6 Corvette was finished, Design Chief Tom Peters, put his team to work on designing a modern interpretation of the 1963 split window Sting Ray and the original 1959 Stingray Racer. This concept car pulled together design elements from the heritage of other Corvette generations as well, ultimately catching the eye of Ed Welburn, Vice President of Global Design, who ordered it to go to full-sized clay, and then into a vehicle. This car would heavily influence the design of the 5th Generation Camaro, as well as the 7th, and even the current 8th Generation Stingray. This Corvette concept car became most famous in “Transformers: Revenge of the Fallen” as the character known as Sideswipe.

This outfit was designed and worn by Dollie Cole, this year’s inductee in the Enthusiast category. Dollie was strong, driven, fearless, beautiful, and outspoken, with a heart for lost causes and charities. As the proud wife of Ed Cole, President of General Motors, she fused her influence with her Texas bred tenacity, to get things done to help others in need, mostly underprivileged children and animals.

As a fan of Corvette, she would become a resource to struggling race teams in need some engineering help or sponsorship money; a speaker and fundraiser for Corvette clubs; and she would also serve as the Chairman of the Board at the National Corvette Museum during a time when the NCM needed someone with her leadership, vision, and connections, to get on the right road.

Make plans to visit the Museum between now and August 31, 2019 to catch a glimpse of these special items!