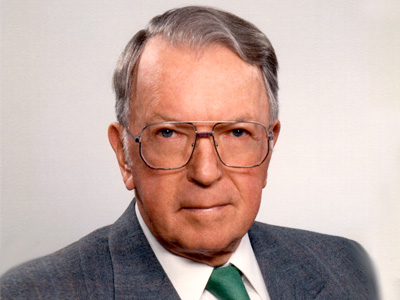 When Chevrolet agreed to proceed with this material, Morrison initiated all of the necessary financing, production facilities, engineering support, tooling and production personnel to make it happen. He partnered with automotive engineers as well as raw material suppliers which resolved Chevrolet’s concerns about a production site, equipment and scheduling.

As the cooperative process developed, the basement of Morrison’s home in Ashtabula, Ohio, became an impromptu design center for the 1953 Corvette Convertible fiber glass parts. MFG employees and GM’s engineers worked side by side on a ping-pong pool table, until suitable business space was established.

Molded Fiber Glass Companies of Ashtabula, OH has continuously produced fiber glass composite parts for the Corvette since 1954. As the founder of Molded Fiber Glass Companies, Morrison will be remembered for the product he introduced that change the automotive world. “Mr. Plastics” as he was sometimes referred to, was also a community leader and businessman, lecturer, author of books and wrote columns for the Star Beacon. Most notable was his election as a charter member of the Plastics Hall of Fame in 1973. He is considered by many people to be the father of high production methods for fiber glass plastic. His views were sought by television hosts and he was invited to the White House to meet with President Ford’s Board of Economic Advisors. Mr. Morrison passed away on September 16, 2002 at the age of 92.