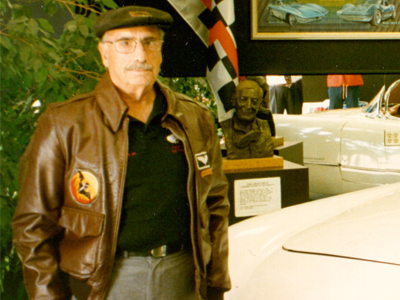 Ray Quinlan is probably the first Museum enthusiast, and it’s fair to say the Museum might not be where it is today without the support of this NCM Lifetime Member No. 001. When the idea of a Corvette Library & Archives first came about, it was Ray who came forward and said he would donate his 1953 Corvette if the plans would incorporate a Museum… a place to house not only historical documents but also artifacts and cars. Memberships were the sole means of raising money in the early days, and Ray was right there, joining at the beginning.

While Ray owned a number of collectible cars, Corvettes were his passion. He was a member of the Corvette Club of Illinois and active with the National Council of Corvette Clubs and National Corvette Restorers Society. Ray always loved the Museum and all it represented, talking to visitors that were looking at the 1953 on display and sharing with them the history. Today, every visitor passing through the halls of the Museum hears the story of Ray and how his donation started the Museum.