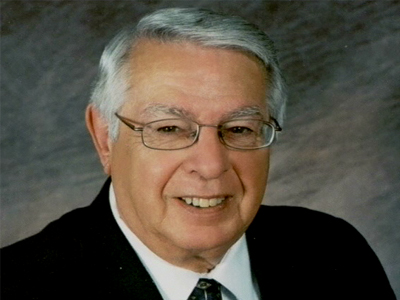 On June 1, 1987, Ray Battaglini wrote to Terry McManmon, the chairman of the recently formed NCRS Library, Archives and Museum Committee, volunteering his services to help ‘develop plans and strategies’ for a museum. Seven years later, the National Corvette Museum was a reality, thanks in no small measure to Battaglini himself.

Battaglini was a teenage hot-rodder cruising the streets of San Leandro, California when he fell in love with the Corvette. In 1963 he bought a brand-new Split-Window Coupe. Once a wife and kids moved into the picture, though, the Corvette moved out. Now working in fund-raising and development for the American Heart Association, Battaglini had moved his family to Las Vegas when one day he saw on the street a ‘63 Corvette just like the one he had owned years before.

“I put a business card on the window that said, If you’re interested in selling, give me a call,” said Battaglini. Soon he had his ‘63 Vette and a membership in the Las Vegas Corvette Association’s North Chapter. Before long he would be serving as its president. When the family relocated to Albuquerque, Battaglini joined the New Mexico Corvette Association, became involved with the National Council of Corvette Clubs and the National Corvette Restorers Society. When the NCRS adopted the recommendation of the Library, Archives and Museum Committee to form an independent foundation to establish a Corvette museum, Battaglini was its first chairman.

Under Battaglini’s leadership, articles of incorporation for the new foundation were filed in New Mexico on November 3, 1988. An organizational structure was set up that same month at a two-day meeting at the Auburn Cord Duesenberg Museum in Indiana and major fund-raising efforts began. A formal logo designed by Larry Shinoda was adopted. Bowling Green was selected as the future home of the museum and a Museum Annex was opened on November 2, 1990.

When Dan Gale was elected president of the NCM Foundation Board of Directors in 1991, Battaglini continued to serve on the board. Whatever role he was asked to fill, Ray Battaglini brought to it grace, enthusiasm, and a talent for organization. He sought to unite the sometimes fractious founders and the Corvette world at large behind the goal of a National Corvette Museum – and he succeeded.