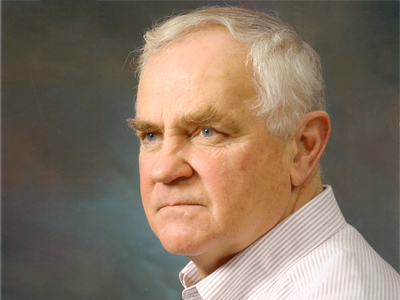 Randy Wittine’s life has been intertwined with Corvette since childhood. As a young boy growing up in post-war Brooklyn, he had one burning ambition – to design cars. He filled his school books with sketches of chrome and metal instead of homework, and although he was only 11 years old when GM rolled out America’s first sports car, Randy’s attention was captured. He still remembers cutting out a cardboard model of the 1953 Corvette from the Shredded Wheat box.

Upon graduation from Pratt Institute in 1964, Wittine was hired by GM and went to work in the big car studio. But it was only a matter of months before he was assigned to work with Larry Shinoda on Corvette. During the course of his career Wittine has worked for all five Corvette design chiefs and left his mark on all six generations. He has sketched numerous prototypes and race cars including the Corvette GTP, which he considers the highlight of his design career. More recently he has been carving seconds off the C5 and C6 models in the GM wind tunnel. Through it all, the man known as Mr. Corvette to his colleagues has been content to remain largely anonymous, but concedes, “I like to think there’s a little bit of every man in my Hall of Fame induction. I like to think I represent [the] nameless people.”