The National Corvette Museum, a 501c3 nonprofit in Bowling Green, Kentucky, serves as the ‘Gateway to All Things Corvette.’ Charged with preserving the legendary sports car’s past, present and future, the Museum regularly displays vehicles on loan from General Motors as well as private individuals so that no two visits to the Museum are the same.

Vehicle Dynamics Engineer Jim Mero and his team received this pre-production ZR1 from Bowling Green Assembly in May of 2017. By June, the team had the ZR1 at the Nürburgring and completed the Magnetic Ride Control calibration for that track, despite bad weather.

The ZR1 then returned to the United States and was used as a track development car, primarily driven at Milford Proving Grounds, Willow Springs racetrack in California, and Virginia International Raceway (VIR).

While running endurance tests for exhaust system attachments at VIR in January of 2018, Jim and his team discovered that a Ford GT had set a track record of 2′:38.6″ on the Grand Course West. Although Jim was running the Corvette tests on the full course, the team moved the ZR1 to the Grand West Course and after only five to six laps on the course, the ZR1 shattered the Ford GT record by running a 2′:37.2″ lap!

After this amazing record run at VIR, the ZR1 and Jim went back to the Nürburgring with the goal of running a sub-7-minute lap, becoming the first American car to achieve that time. Once at Nürburgring, Jim and the team discovered that the protocol for the run had changed and they would not get a warm-up lap. Starting the lap on cold tires and never having them properly warm during the run, Jim was able to make the lap in a reported 7′:04″.

Chevrolet would never officially release the lap time, however, after retirement, Jim released the unofficial time of 7′:04″ so that the Corvette community would know what the ZR1 was capable of. Although devastated that he did not break the seven second mark due to the change in protocol, Jim still believes it is completely obtainable in the ZR1.

The Corvette is on loan from General Motors and is on display in the turntable through mid-April, after which it will be transferred to its new display location – the Nürburgring display in the Design and Engineering section of the Museum. 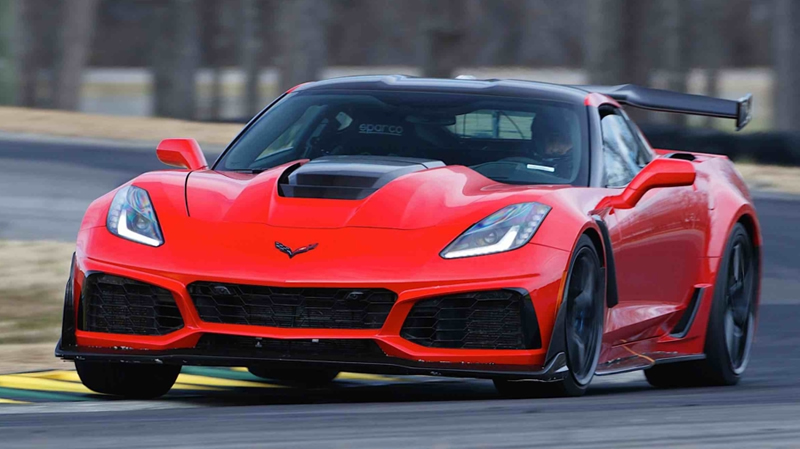