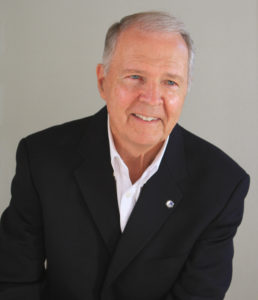 At just 19 years old, Peter Brock was one of the youngest designers to ever be invited to work at GM Design. When Bill Mitchell, the new VP of the Styling Section for GM, wanted to build a successor to the 1957 Corvette SS concept car, he charged his team of designers to come up with some ideas. Ultimately Brock’s sketch was selected and refined. Working with fellow designers Chuck Pohlmann, Larry Shinoda and Tony Lapine their efforts culminated into the very first Corvette to be called a Sting Ray, the XP87 Corvette Sting Ray Racer. (Yes, it is supposed to be two words.) This racing concept would go on to influence the lines and look of the second-generation Corvette and really, every Corvette since.

As an enthusiast, Brock has done just about everything relating to motorsports. He has designed and raced cars, written books and articles, and even became a photojournalist capturing one of the greatest eras of motor-racing history. He documented the Corvette’s performance history from its earliest days in the mid ‘50s with Briggs Cunningham at Le Mans, through the powerful era when drivers Dave McDonald, Dick Thompson and Bob Bondurant established the Corvette as America’s only true production performance car, all the way to the present C7 generation. In addition to all of that he started Brock Racing Enterprises in the 1960’s and has worked on a number of other marques along the way, but has always had a very special place in his heart for Corvettes.