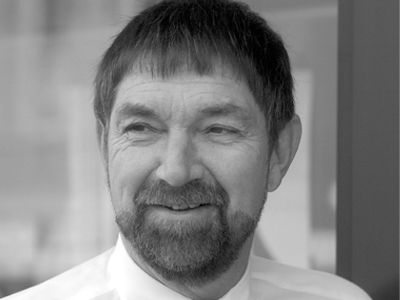 It is no wonder that Patrick Dolan loves Corvettes since both of them were born in Flint, Michigan. He was just eight years old when those first Vettes rolled off of the assembly line, but his first contact with one occurred on Christmas Day 1954 when one of his presents was a large scale model of a 1953. The model was around two feet long with a trunk and hood that opened. Everything about it excited Patrick, and his affection for it remained as he grew into a young man.

In addition to his love for Corvettes, Patrick has a heart for serving others and a strong desire to help the helpless. At age 21 he decided that the best way to do that was to join the Michigan State Police. At recruit school, he began to train, learned self-defense skills and procedures for handling a number of situations that police officers can encounter. Another part of his training however, involved some driving instruction which led to a revelation. “In the driving part of the recruit school, I learned that I had some talent behind a wheel. I wound up being the best driver in the school. This was a surprise to me and an ability I did not know that I had.”

The next year he coupled his new-found driving skill with his first-ever Corvette. “It was a 1966 427 convertible with a teakwood wheel and fully loaded. It was only a year old when I got it and it was beautiful. I wish I still had that one.” Since then Patrick has always had at least one Corvette in his garage.

Once he became a Corvette owner, he didn’t waste any time getting connected with others in the hobby. In 1968 he joined the Royal Corvettes of Western Michigan and the National Council of Corvette Clubs where he has been a member ever since.

With Corvette ownership checked off his list and the social aspects of it covered as well, it was now time to take his driving skills to the track. “I had a friend who worked at a body shop where there were race car parts all around. We put together a 1965 Chevelle and started running circle track in the dirt.” After three years of that he began doing autocross events held by the NCCC and earned quite a reputation along the way.

His next Corvette was purchased brand new and specifically for the purpose of autocrossing. It was a 1973 convertible with a 454 big block and the off road package on it. He used this Vette for competition on a regular basis until 1991. “I loved racing. In our region, I was in the top ten for 15 years straight and number one three times.” He also ran on big tracks like Charlotte and Daytona where he was undefeated for the season. “I’ve had some good luck with the car and really enjoyed it. I’m very competitive and give anything I work on my full focus. The more I got involved with the political aspect of my Corvette life, the more I realized that to do my best, I’d have to stop competing.”

Patrick’s political life had already started back in 1983, when he was elected for his first post with the NCCC as Regional Competition Director. He did that for five years and then was elected to be National Vice President of Competition. Eventually in 1991, he became President of the NCCC where he would do well enough to become the first President to ever serve two terms. His love for Corvette combined with his energy, vision and organizational skills made this role a natural for him over the next four years. While in office, the idea of having an archives for the Corvette began.

“I was there from the beginning,” Patrick remembers. “I worked with the NCRS people who were on the board like Ray Battaglini, Dan Gale, and the rest of the group, coming up with the plan to make it a National Corvette Museum. This moved it out to being more for all Corvette enthusiasts and was really instrumental in building a broad base of support. This attracted restorers and what I call ‘users’ of the Corvette… people that race, do autocross, caravan, parades… whatever. There is a lot of cross-over members between the NCRS and NCCC. Together we were able to get lots of support from enthusiasts everywhere.”

Patrick would come to Bowling Green every three months to help however he could to move the Museum project forward. About that time the Museum had the opportunity to get the 999,999th Corvette built. “This was the last one before the millionth, and the Museum was able to raffle it off. Because the NCCC had been raffling cars for charity for many years, we had some experience and decided the National Council would run the raffle for the Museum. We hauled the car around the country, taking it as far as Palm Springs, California, selling raffle tickets all along the way. We raised $175,000 on that raffle.”

Patrick gets a lot of satisfaction in seeing how that first one led to the ongoing raffles that have helped generate revenue for the Museum ever since.

When his Presidency was over, Patrick harnessed his natural ability as a fundraiser to manage charitable activity for the NCCC. For many years the NCCC raised money for spina bifida and muscular dystrophy. In recent years, they’ve supported the National Kidney Foundation as well. Under Patrick’s leadership the NCCC has raised a lot of money while promoting organ donor awareness. “What a lot of people don’t realize is that this organization doesn’t just handle kidneys, but all organs such as heart, lungs, bone marrow… everything.”

After meeting the people helped by all of these charity efforts, Patrick can’t help but be moved. “It’s amazing being able to look back at how the love for a car… the Corvette… would lead to meeting so many great people and go on to do so much good through money raised by clubs through raffles and car shows. Since we got started with the National Kidney Foundation, the NCCC has raised around $1.2 million. It is humbling and means a lot.”

Through the NCCC Charity Committee, he also manages scholarship funds for deserving students. The NCCC gives out about $10,000 annually. There are also hardship funds for people who are in need. “We believe in paying it forward.”

“What I’ve found is that there is room for everybody in the Corvette lifestyle. I may not do what you do with yours, and you may not be into what I do with mine, but we are all part of the same family. As the President of the NCCC when the Museum was still just an idea, I’m glad I had a chance to push from my end to help make it happen and watch it become a source of pride for all of us. Now to be a part of the Hall of Fame is such a great honor that I can’t fully communicate what that means to me.”

Along with all of the special people who helped him get to where he is, he considers his wife Cindy, and his daughters, Jennifer and Sarah, as his biggest inspiration. Patrick has inspired his girls too, as they are both high-achievers who want to help those in need. They both volunteer for charitable organizations, and they both own Corvettes. They’ve seen how far the Corvette took their dad… who knows to what great places it will lead them.