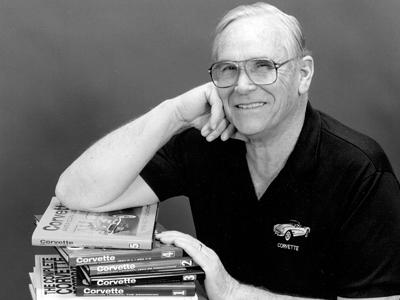 Noland Adams is a well known author and Corvette historian whose works include a series of technical books – “The Complete Corvette Restoration & Technical Guide,” (Volume I, 1953 to 1962; Volume II, 1963-1967 model years), “Corvette, American Legend,” covering the original dream car prototype and 1953 production, and the follow up series, “1954 and 1955 Production,” “1956 Production,” “1957 Racing and Production details,” and “1958 to 1960 Variations.” Adams has hosted a series of restoration videotapes, written hundreds of articles for Corvette related magazines, and has given numerous presentations on Corvette restoration all over the United States, plus seminars in Canada, Sweden and England. A consultant to the model car industry, Adams was the technical advisor on Monogram’s 1953 Corvette model car kit and Franklin Mint’s 1953 Corvette model.

He is known world-wide for his knowledge of Corvette development heritage and technical understanding and is a longtime member of the National Corvette Restorers Society. Adams has been involved with Corvette for over 45 years and is president of the Solid Axle Corvette Club. He attends many Corvette shows and functions each year sharing his Corvette expertise and knowledge with Corvette enthusiasts everywhere.