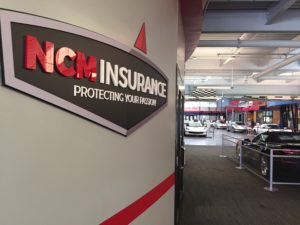 Thanks to the many collector car owners who entrust their vehicles’ insurance coverage to us we have now opened new offices for the NCM Insurance Agency in the lobby of the National Corvette Museum. The agency was founded in 2009 and today has four staff members to serve your collector car insurance needs.

Originally from a small farming community in Moulton, Iowa, Jeff joined the Air Force after graduating from high school. He spent six years in the Air Force, the first three as an Imagery Production Specialist developing and interpreting satellite film, and the last three as an avionics technician on B-1B bombers. He served in Desert Storm, and after leaving the Air Force received his Associates Degree in Criminal Justice. Jeff was a police officer for the Sheridan Police Department in Sheridan, Wyoming from May 1997 until his recent retirement in June 2016 when he relocated to Bowling Green with his fiance Katrina and daughters Tanikka and Taylinn. Jeff is an avid car enthusiast having owned a 1970 Chevelle, 1971 Camaro, 1969 Camaro, 1971 Chevrolet K-10 truck and a 2010 Camaro SS. Next on his list is a C6 Corvette. 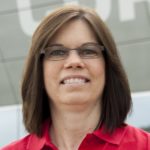 Sharon is a native of Bowling Green and has lived here most of her life. While attending Morehead State University she competed in bowling, moving on to the Ladies Professional Bowlers Tour. She still bowls in a league and competes in a few tournaments each year. Sharon has worked in customer service for about 20 years, primarily in the medical and banking fields. She and her husband, Chris, have been car enthusiasts for many years, owning a 1965 Corvette for four years and have completed a major restoration on it.

The new NCM Insurance Agency office is located in the Museum lobby, directly across from the Admissions desk. Previously the space was home to upcoming raffle Corvettes. The idea behind relocating the Agency to a public space is an effort to create more awareness of the service offered through the Museum. “We are fortunate to have a lot of automotive events in Bowling Green, as well as events like the Street Rod Nationals in Louisville, so we get a large number of collector car owners of all makes and models through our doors,” said Adam Boca, Insurance Agent. “We hope that those folks walking through the Museum doors see our Agency and give us the opportunity to earn their business.” 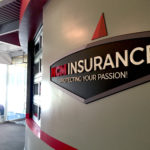 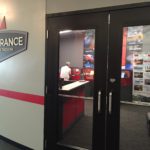 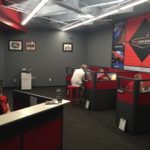