Later this week, on July 4, we will gather as Americans to celebrate the birth of our independence as a nation. But today, let’s pause to pay tribute to an icon of American Innovation, the Chevrolet Corvette.

This is, after all, National Corvette Day, and the perfect opportunity to pay homage to the quintessential American sports car that owes its name to a small, fast World War II era warship. Designed in America. Built in America. Full of American ingenuity strengthened by American steel, grit and resolve.

Growing up in a union household in Kentucky, my love affair with the Corvette began in 1992 at age 12, fueled, in part, by watching Bobby give Pam the ’79 Corvette to Pam in “Dallas.” Then a quarter century later, I take considerable pride in the fact that, since 1981, every Corvette is built in Bowling Green, Kentucky, the home of the National Corvette Museum and the United Autoworkers (UAW) local 2164.

To me, the Corvette is more than just a fast car. The Corvette is an aspiration and a symbol of power, freedom, and ambition.  It has long symbolized the achievement of the American Dream.  It is a monument to American ingenuity and to the promise of the American worker. And it is a reminder that when we come together, Americans can build great things recognized the world over.

The Corvette is also a cultural icon. “Dallas” wasn’t the only television show to showcase the vehicular icon. Other shows featured the Corvette as well, such as “Route 66” and “Beverly Hills 90210.” Movies cast the Corvette as well, including films like “Corvette Summer,” “Cleopatra Jones,” “Animal House,” “Terms of Endearment,” “Con Air, “Star Trek,” and “Cannonball Run.”

Famous drivers include George Clooney, Michael Jordan, Jon Bon Jovi, Jay Leno, and Matthew McConaughey. And the car has been sung about or has influenced the music of country, pop, and hip-hop artists, alike.

Even the earliest American astronauts drove Corvettes — gifted the race cars by Chevrolet. And what could be more American than being an astronaut and driving a Corvette? The photograph of the Apollo astronauts standing next to their Corvettes is an iconic image from an era of unprecedented American achievement.  The C8 2020, one of Corvette’s models, recently debuted at the John F. Kennedy Space Center, two great symbols of American innovation and technology.

Today, on National Corvette Day, join me in celebrating this American icon, an inspiration for fast cars — and drivers — around the world. 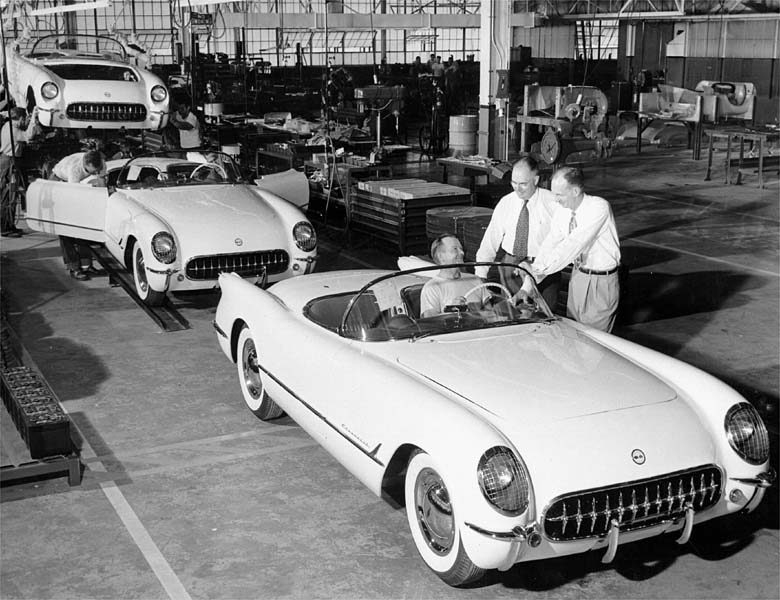