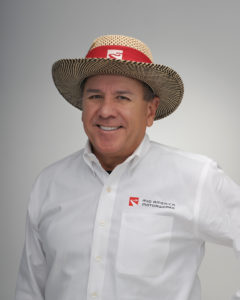 Mike Yager bought his first Corvette in 1970 when he was just 20 years old. When he saw there was no Corvette Club in his area, he started one. As the club grew he made the observation that there wasn’t a place where a Corvette fan could purchase Corvette merchandise. To remedy that, he bought whatever he could find that related to Corvette and started making it available at Corvette club events and car shows. When that worked out, he got a $500 loan to start a company that has now grown to become one of the world’s largest suppliers of parts and accessories for Corvettes… Mid America Motorworks.

Just as famous as his company is the annual festival that he started to celebrate the people who have made it all happen—his customers. It is an event called Funfest, which brings together thousands of Corvette people each year for a good time that ends with a concert featuring bands like REO Speedwagon and the Beach Boys.

Mike’s love for Corvette doesn’t stop there. He has been a part of numerous clubs and organizations, including the National Corvette Museum where he served as its Chairman of the Board in 2002. He was also behind “Drive Your Corvette to Work Day” and organized an effort to have a commemorative stamp created to celebrate the 50th Anniversary of Corvette. While he was at it, he got behind a campaign to honor Corvette’s birthday with a National Day of Recognition.

Through his aftermarket business he has helped thousands of people keep their beautiful Corvettes on the road, but in the end he’s all about making sure people have a good time when they get where they are going.