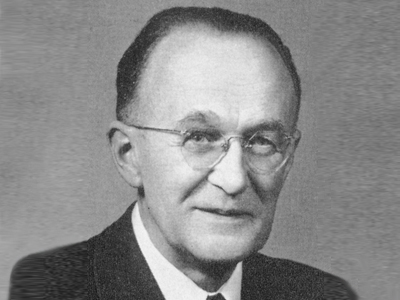 Maurice Olley was the ultimate engineer. He had a passion for understanding engineering fundamentals and was committed to creating solutions to solve mechanical engineering problems related to automobiles. His entire career, from his time at Rolls-Royce to his 25 years at General Motors and Chevrolet, prepared him for the important role he was asked to play with the Corvette. But his contribution would have been just as passionate whether it had been applied to a Buick Roadmaster or to the Corvette. To Maurice Olley, it wasn’t the specific product that motivated him; it was how he could improve the function of the product while furthering the understanding of the engineering principle behind it.

Working along side Harley Earl and Bob McLean, Olley developed the chassis and suspension of the first-generation Corvette. Acting as head of Chevrolet Research and Development, he headed the engineering team that worked to perfect the early Corvettes and hired Zora Arkus-Duntov to continue the improvements.

Olley had a passion for making an automobile as good as it can be, along with an unmistakable influence on the development of the first Corvette.