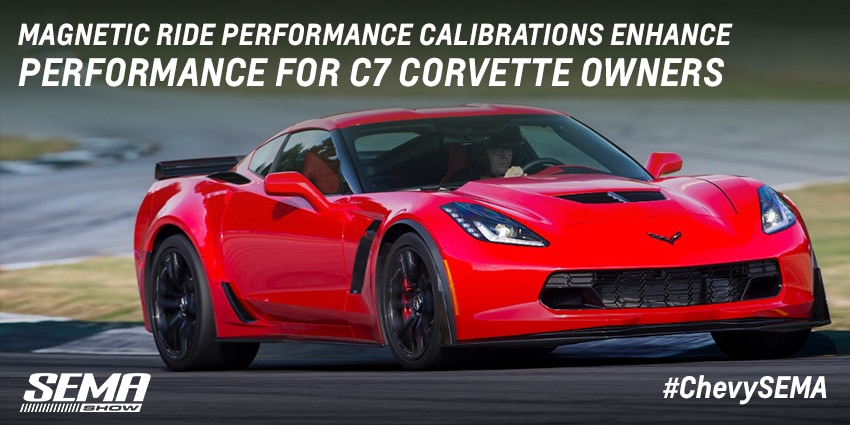 While most of the program was dedicated to Chevy Racing news and highlights, as well as reveals of the Hot Wheels Camaro Special Edition, Silverado Performance Concept, and more, one special Corvette announcement was made.

New calibrations for Corvette include new Track modes that enable faster lap times on Z06 FE6 and FE7 models. The new calibrations will be available by the end of November and the roster includes:

Calibrations for additional applications will be announced later.

During testing with a 2016 Z06, the new calibrations enabled more than a 1-second improvement in lap times around General Motors’ 2.9-mile Milford Road Course.

The new Magnetic Ride calibrations are available through Chevrolet dealers for $350 and require no hardware changes. The new calibration is simply uploaded to the vehicle and the factory warranty is not affected.