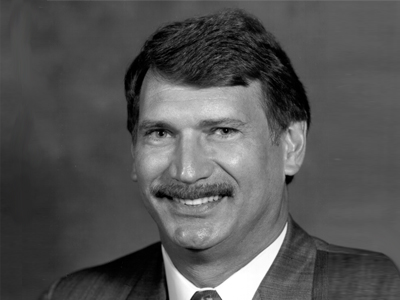 Joseph Spielman became the proud owner of his first Corvette as a 19-year old engineering student at General Motors Institute, now Kettering University. Since then, except for a brief six-month period, he has maintained a collection of Corvettes for 37 years. A true car-guy, Spielman has had 33 Corvettes. Among the three he now owns, one is a prized 1967 red/red with black stinger hood, big block, side exhaust, air-conditioned convertible. A member of the National Corvette Restorers Society, Spielman is now completing a body-off restoration on his mid-year convertible.

Currently a GM vice president and general manager of Manufacturing, Spielman was a member of the team that moved the fifth generation Corvette (C5), along with the revolutionary LS1 aluminum engine, into the future program. In the book, “All Corvettes Are Red,” Jim Schefter chronicles Spielman’s influence on the survival of America’s Sports Car – The Corvette! A behind-the-scenes motivator, Spielman continues to be a staunch supporter of the world class Corvette C5.

Spielman joined GM in 1963 as a General Motors Institute student sponsored by the Fisher Body plant in Flint, Mich. During his career, he moved through various positions at several former GM divisions, including Chevrolet-Pontiac-GM of Canada Group, Rear Drive Automotive Division and Midsize Car Division. He is a member of the National Society of Professional Engineers and the Society of Automotive Engineers. He also serves as president of The Hundred Club of Flint, Inc., and as key executive for his alma mater, Kettering University.