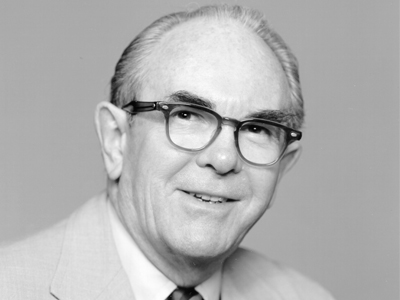 In today’s marketing world you hear about “brand managers.” Joe Pike didn’t hold that title, but he was essentially one of the first “brand managers” at General Motors. He instinctively knew that the Corvette would never make it unless sports car people accepted the car. Joe was the National Sale Promotion Manager for Chevrolet. In that capacity, he personally set about the task of creating a market for the Corvette. His message: the Corvette is more than just a car-it is a lifestyle.

Pike made it a lifestyle by setting up a national organization of Corvette clubs to provide social outlets for Corvette people-reasons to park some Corvettes together to have fun. He also promoted races and rallies for Corvette people to enjoy their cars and to experience their performance in safe, responsible ways. He founded the National Council of Corvette Clubs-an organization that now boasts some 15,000 members. He even designed “N-Triple C’s” distinctive steering wheel logo.

Pike’s voice was respected by GM management. He was close to Chief Engineer Ed Cole. He played a key role in shooting down a proposal for a four-passenger Corvette. He felt this would have surely destroyed its sports car heritage and turned it into a Thunderbird. Pike also did little things to help out the image of the Corvette, like naming the colors of the car after famous racetracks-such as Sebring Silver or Nassau Blue. Pike was the one who suggested offering leather upholstery and wooden steering wheels in the early 1960’s because they were found in leading European sports cars.

Joe suffered a stroke in 1990 and was confined to a wheelchair. He died in 1994, just before the opening of the National Corvette Museum. Joe always used to say he was the most fortunate guy at Chevrolet-he actually got paid for doing his hobby. He was the world’s foremost ambassador of the Corvette. After Joe’s death in 1994, former Chevrolet General Manager Jim Perkins said, “If you look at the people responsible over the last forty years for the enduring greatness of the car, you see Joe Pike front and center.”