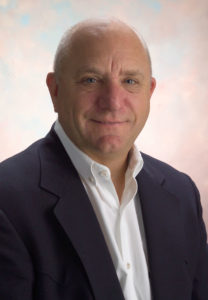 Jim Minneker is a great example of the way Chevrolet infuses racing DNA into the Corvette. As both a racer and an engineer, he brought to the table an understanding of what makes power, and what it takes to control that power on a track. Using that insight he joined the Corvette team in 1986, spending the next ten years working on the LT1, LT4 and the legendary LT5 engines that would become the heart of the ZR-1 Corvette supercar. It’s no wonder that he became the engineering group manager for GM High Performance Vehicle Operations.

As a racer, he has driven for Bakeracing, Morrison-Cook Motorsports, Doug Rippie Racing and Mallett Motorsports, while competing in the SCCA World Challenge, the IMSA Supercar series, IMSA GT and the Grand Am series. Perhaps his greatest achievement behind the wheel however, was as a member of the team of eight drivers that set the 24-Hour Speed Endurance World Record Run in 1990, driving a stock ZR-1 Corvette at an average speed of 175.885 mph.

Jim’s efforts on behalf of Corvette however, didn’t stop in Detroit or at the track. When the National Corvette Museum was just beginning, he was instrumental, helping out early on in arranging for displays relating to powertrain and engineering. Ultimately, he was elected to the position of Chairman of the Board where his leadership, wisdom, direction and vision was essential in setting the course for a bright future at the National Corvette Museum.