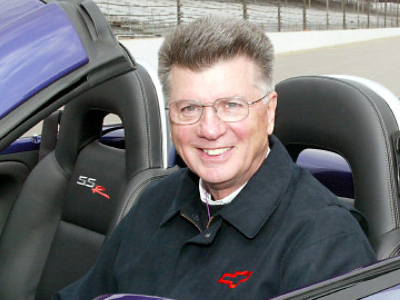 Herb Fishel knows a lot about setting goals and accomplishing them. Growing up in the 1950’s, he listened to races on the radio and read hot rod magazines. That’s where he learned about a man named Zora Arkus-Duntov, the Father of Corvette. By 1964, he was an engineer working with Zora, at a time when racing was a covert operation at GM. Herb would lead the charge to change all of that, going from engine design, to working in the Buick Special Products Group, then as the Director of Chevrolet Racing, and finally as the Executive Director of GM Racing.

In addition to starting the factory Corvette Racing team that won the overall victory at the Rolex 24 Hours of Daytona, cars powered by Chevrolet under Herb’s watch have won 20 NASCAR Manufacturers Championships (11 consecutive); 12 Indy 500s; and class wins in the Baja 1000, Pikes Peak Hill Climb, the 24 Hours of Le Mans, and the Daytona 500 and Indy 500 races.

“I didn’t want to just coast through a career. I wanted to leave something substantial behind me that was significant and noteworthy. The Corvette’s success in racing was a key chapter in the story of Corvette. I had the vision and provided the leadership to make it happen, but I didn’t do it alone. It took a team of people to do that. To be inducted into the Corvette Hall of Fame now for that contribution and to be placed in the same framework as people like Zora Arkus Duntov, who I’d looked up to as a kid, is humbling. I’m very grateful.”