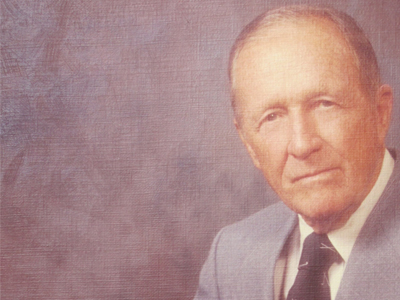 Corvette Hall of Fame Inductee Grady Davis graduated from both the University of Texas and Harvard University, gaining employment with Gulf Research and Development Company where he spent the first 20 years in Venezuela. During his 44 year career with the company, Davis created the country’s first corporate sponsored private race team, around Don Yenko and Dr. Dick Thompson, as a dynamic test lab for Gulf Oil Company’s lubricants and fuels. With Corvette being his first love, Davis began a racing program around it that started in earnest in 1961, and continued until 1966. The Davis program successfully competed regionally, nationally and even internationally, earning the Corvette marque legions of fans that exist to this day.

With the extraordinary results of Davis’ initial venture into the racing business, the program earned four national championships, two runners-up, three regional championships and the awarding of more than 214 trophies. “His efforts established the Corvette as a genuine competition sports car, and set the bar that others would shoot for,” said Carroll Shelby, veteran automotive designer and racing driver. Donna Mae Mims, champion race car driver, credits Davis with her being the first woman driver to win a national race championship. She added “Grady lived and breathed Corvette. Grady sold the Corvette to the world.” Davis passed away September 29, 1995 at the age of 87 in Boca Raton, FL.