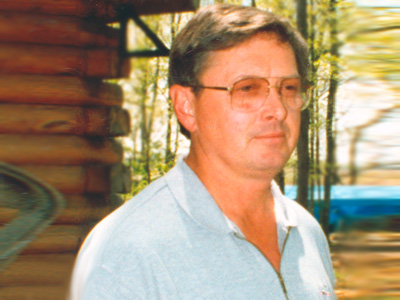 Gordon Killebrew has given over 25-years to C4 consulting and technical training. A retiree of the Corvette Action Center , he has been involved with Corvette as a technical advisor and specialist of the C4 Corvette culture. As part of the GM Plant’s Corvette Action Center started by C4 Corvette Chief Engineer, Dave McLellan, Gordon handled calls from Corvette owners all over the world and from the GM Tech Center and Chevrolet Dealers regarding repair issues and feedback that helped assist the Corvette production line.

In 1990, Gordon designed and wrote the program, “Corvette Specialist Seminar,” used in educating over 400 Corvette dealer technicians. He also became proof editor of the service manuals and owner’s manuals before final print was sent to the dealers, and assisted with photos and instructions. Gordon also edited bulletins and campaign recalls from the GM Tech Center. In addition to being a part of the Corvette Plant’s Action Center , Gordon was a mechanic at the end of the assembly line and maintained all electrical and air condition repairs on the new Corvettes as they came off the line. He has been referred to as the “Guru of the C4 Corvettes.” He is an honorary member of many Corvette Clubs, and has been a certification judge at the Bloomington Gold Show along with a senior instructor at the Bloomington Gold Restoration Workshops for C4 Corvettes. Gordon continues to offer seminars and training sessions at many events.