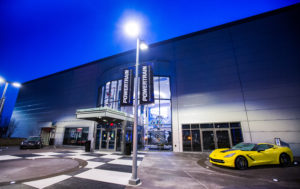 The new, 111,420-square-foot facility is connected to GM’s Global Powertrain Engineering Center and is part of a $200-million investment at the Pontiac, Mich., campus. It relocates the Racing center from Wixom, Mich. to the Pontiac Powertrain Campus, bringing together under one roof an additional team of nearly 100 engine builders, engineers and other support staff. The Performance and Racing team is responsible for developing engines for NASCAR, NHRA, IndyCar, IMSA and other racing series.

“We race to win and learn,” said Dan Nicholson, vice president, General Motors Global Powertrain. “This new facility offers unprecedented opportunities to connect our racing engineers and powertrain engineers, integrating their knowledge to give our racers an edge on the track and our customers better vehicles on the road.”

Tasked with complete racing engine design and validation, the Performance and Racing Center’s capabilities include:

“Chevrolet earned six manufacturer and five driver championships in 2015, and we are carrying that momentum into 2016,” said Jim Campbell, GM U.S. vice president of Performance Vehicles and Motorsports. “This new center is a valuable tool in developing powertrains with the right combination of performance, durability and efficiency to help our drivers and teams win races and championships.” 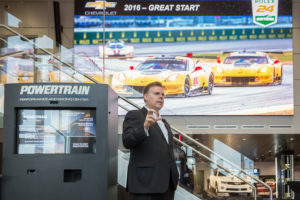 The racing engines under responsibility at the new center include:

Additionally, the high-performance crate engines and crate powertrain systems offered by Chevrolet Performance are developed at the new facility.

A clean-sheet design of the new facility incorporates the latest engine-assembly, engine-testing and calibration equipment. The connected layouts of the engine assembly and testing areas are designed to enhance workflow, making it easier for the eight dedicated performance and racing engine builders to retrieve parts, build engines and move them to the dyno cells. Collectively, they bring 150 years of engine-building experience.

“The process development possibilities with the new center are exciting,” said Dan Nicholson. “We’ve merged the best engineers and engine builders in the business with one of the industry’s most advanced powertrain development facilities.”

Engine assembly – There are 10 all-new engine build bays – eight in the Engine Build room and two in the prep area to facilitate quicker transfer to dyno testing and other validation areas. Each 120-square-foot bay has an air drop for powered tools and access to an overhead crane for easy loading on the build stands. Builders also use specialized tools such as programmable torque wrenches to help ensure consistency with the engines. Additional specialty tools at their disposal include a Cam Doctor for precise camshaft evaluations and a ROMER Arm coordinate measuring machine.

Machining – Engineers and builders also have access to over 30 machining tools, offering complete machining capability for cylinder blocks, cylinder heads, fuel rails and engine components, comparable to the racing industry’s best racing shops. The equipment roster includes nine CNC machines that can transform designs right into new components – including a new Hurco five-axis machine. The staff also has access to a 3D printer for constructing new or modified components, as well as laser scanners to help ensure the powertrain parts meet the high degree of dimensional accuracy demanded for the rigors of racing.

Engine testing – There are four state of the art AVL engine dynamometer cells dedicated to the Performance and Racing Center:

The engine dynos are similar to those used to develop GM’s production engines, but rated for the high output of racing engines. The gas and electric driveline dynos are firsts for GM Powertrain’s campus and are used to test axle differentials for NASCAR and IndyCar. The drive input capability for each is more than 1,000 hp and approximately 560 lb-ft of torque, while the drive output capability is approximately 885 hp and 2,500 lb-ft of torque.

In addition to its technical development areas, the new Performance and Racing Center also features an airy, modern and connected lobby that celebrates GM’s motorsports legacy, as well as a conference center that accommodates up to 125 people. It can be reserved by racing teams, component suppliers and even enthusiast clubs and organizations seeking a meeting location under the checkered flags of GM’s racing programs.

“Louis Chevrolet established GM’s racing legacy more than a century ago and every win since then has helped us design and build better vehicles,” said Campbell. “With the new Powertrain Performance and Racing Center, we will advance that legacy with greater competitiveness on the track and stronger technology transfer to production vehicles.”

Located in Pontiac, GM Powertrain is responsible for all GM vehicle propulsion systems’ design, development and validation, including engines, transmissions, electrification systems and fuel cell development. It is the flagship of GM’s global eight powertrain centers, which also include Brazil, Germany, Italy, India, China, Korea and Australia, which collectively represent $1 billion in investments in recent years.

General Motors Co. (NYSE:GM, TSX: GMM) and its partners produce vehicles in 30 countries, and the company has leadership positions in the world’s largest and fastest-growing automotive markets. GM, its subsidiaries and joint venture entities sell vehicles under the Chevrolet, Cadillac, Baojun, Buick, GMC, Holden, Jiefang, Opel, Vauxhall and Wuling brands. More information on the company and its subsidiaries, including OnStar, a global leader in vehicle safety, security and information services, can be found at http://www.gm.com. 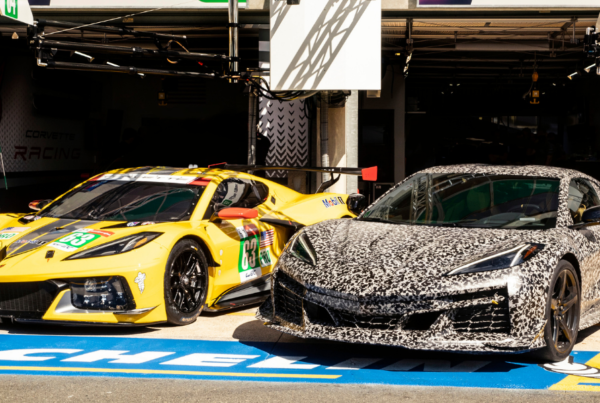 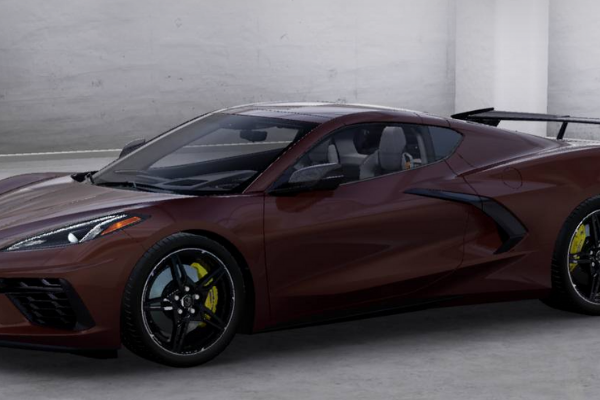 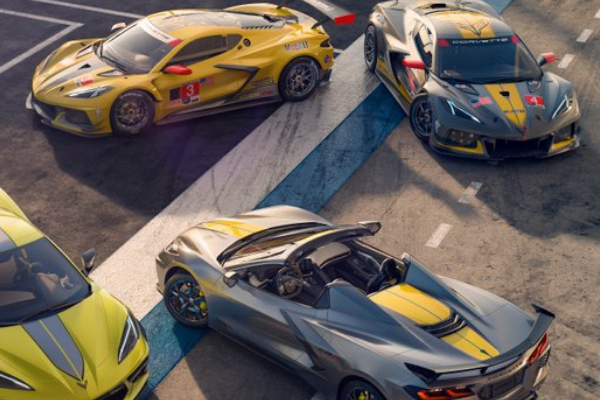