of GM Design and vice president of GM International Design, based in Australia and Korea, has been selected to succeed Welburn. He will be the company’s seventh design leader and begins transitioning into his new role on May 1. His replacement has not been named.

Welburn, 65, has been celebrated inside and outside the industry for his extraordinary achievements. He has led GM Design since 2003, and globally since 2005, the first African American from any automaker to do so.

“GM Design is among the most respected and sought-after organizations in the industry because of Ed’s leadership. He nurtured a creative, inclusive and customer-focused culture among our designers that has strengthened our global brands,” said Mary Barra, GM chairman and CEO.

Under Welburn’s leadership, GM built a network of 10 GM design centers in seven countries. His team of more than 2,500 creative men and women – based in the U.S., Germany, South Korea, China, Australia, Brazil and India – collaborate on the design development of every GM concept and production car, truck and crossover globally.

“Given his deep global experience and passion for breakthrough design, Michael is the right person to lead GM Global Design,” said Reuss. “He is known for his ability to take diverse ideas and mold them into great products that surprise and delight our customers.”

Reuss recognized Welburn for his creative imprint on four decades of iconic vehicles and his leadership in identifying and developing world-class talent.

“Ed’s team turns out one award-winning product after another … and his strong bench will keep GM Design on top for years to come,” Reuss said.

Simcoe has been in his current role since 2014, overseeing GM’s production and advanced studios in Korea, Australia and India. He is known for applying global design excellence and creativity to the company’s distinct brands.

He joined GM in 1983 as a designer at Holden in Australia, and is Holden’s brand champion. In 1995, he became director of Design for GM Asia Pacific and in 2003, was named executive director of Asia Pacific Design and led the development of the new GM Korea design operations under Welburn’s leadership. 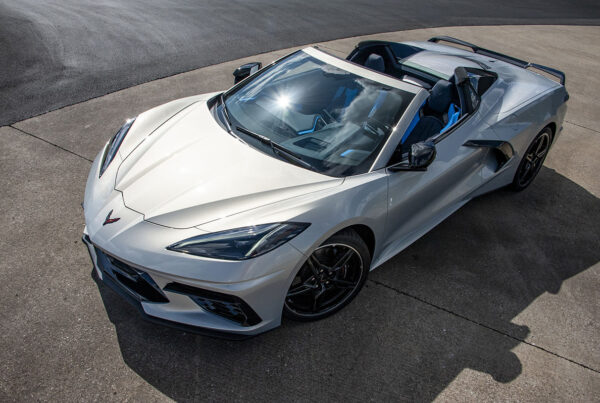 Corvette Awarded 2020 Car of the Year by Popular Mechanics