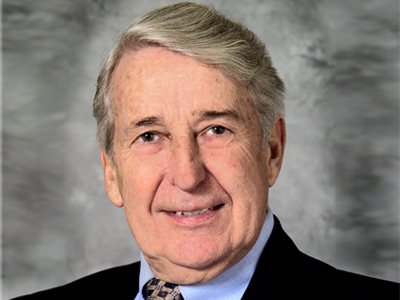 Gibson (Gib) Hufstader has had an honorable career with Corvette that spans over 45 years, involving him with the Grand Sport, AeroVette, Twin Turbo LT5 and many other facets of Corvette. Now a GM Engineering Retiree, he started at Chevrolet in the early 50’s, and began working as a development engineer for Chevrolet R & D. In 1960 Hufstader worked to help make the clutch for the 427 mystery engine – Daytona race-engine a reality. He is also responsible for 7 United States patents that include the electric air pump, cog wheel belt disc drive and the arrangement of two rotor engines with trans axle and accy drive.

Hufstader worked with Zora Duntov as a design release engineer for chassis, which also included brake development for the racing brake package. Hufstader’s accomplishments also include designing the initial engine package for the twin turbo, packaging of the ZR-1 engine, and was the force in building light weight cars for drag racing exhibitions at the long-lead press event in 1968. As an amateur race driver in the Corvette production group, Hufstader used knowledge gained to work up a “exchange program” with other racers.