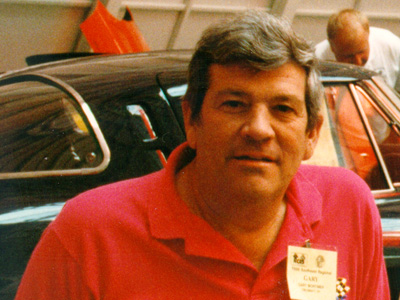 It’s hard to imagine a time when there wasn’t a National Corvette Restorers Society to keep the hobby on the straight and narrow, but Gary Mortimer remembers that time.

“The Corvette hobby was still in its infancy in the early 70s,” says Mortimer. “With the exception of Corvette News , there wasn’t much information available for fixing up our old cars.”

Having just bought a ‘54 Corvette badly in need of restoration, Mortimer joined the Vintage Corvette Club, then the Classic Corvette Club, both centered around ‘53–’55 models. In 1974, Mortimer along with seven other members of the Classic Corvette Club formed a new, nonprofit organization known as the National Corvette Restorers Society, or NCRS dedicated to the “preservation, restoration and enjoyment of early Corvettes.” The organization has grown to embrace all Corvettes through 1991 and more than 15,000 families.

According to co-founder Tom Essig, “ Gary is the one who held the thing together from day one.” Mortimer served as the first president of the NCRS and currently as the membership chairman, a role in which his “remarkable people skills” have had “a major impact on the organization’s growth and high retention rate,” according to former president Keith Kibbe.