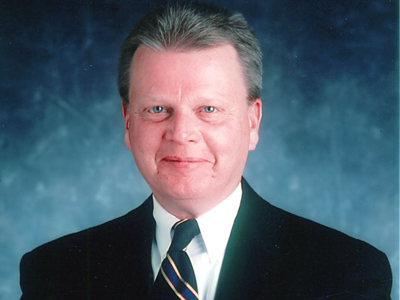 Each year someone is inducted into the Corvette Hall of Fame in one of three different categories of distinction- GM employee, Corvette racing, or as a Corvette enthusiast. Gary Claudio is one of those few people who could have easily and justifiably been inducted in each of the three areas. In fact, the more you know about him, the harder it is to narrow him down to a single category.

In various capacities at GM he reconnected customers with the car and brought back the idea of training dealerships on how to sell and service the Corvette. He brought back the Corvette Dealer Advisory Board to get feedback from those with direct contact with the customer. He was also intimately involved in coming up with Corvette Special Editions like the Ron Fellows Z06, pace cars and Wil Cooksey editions. As Corvette Marketing Manager, he presided over the racing inspired launch of the ZR1, came up with the ZR1 driving school and worked hard to make sure the customer was excited about what Corvette was doing next. All of the above would make him worthy of a Hall of Fame nomination.

On the racing side, he worked with Doug Fehan to develop the factory Corvette Racing Program that is running today. When Chevrolet was only going to run one car in the American Le Mans series, Gary recruited the sponsors needed to make it a two car team that could compete at Le Mans. He talked the ACO (governing body of Le Mans) into letting the Corvette become the first American car to twice pace the famous French race. In addition to that, he managed to have one of the corners of the famous track renamed to become the “Corvette Corner” forever.

Gary was the guy that had the idea to bring in Dale Earnhardt and Junior to drive the #3 Corvette in the 2001 24 Hours of Daytona race, raising the awareness for the program to other race fans. One needs to only look back on Corvette Racing’s dominating record to see that Gary had a hand in it. Once again, this by itself would be enough to consider him eligible for the Hall of Fame.

As an enthusiast, he sat on the Board of the NCM for two years. During his tenure, he paved the way for the NCM to have access to some great raffle cars, which are a big part of the Museum’s success today. He connected celebrities like Jay Leno, Michael Waltrip, and Rick Hendrick with the NCM and made significant personal donations to the Museum too.

You can easily see how his influence over Corvette touched every facet of the Corvette experience.

Gary was born in Greenport, Long Island. It was a great place to grow up for a kid, and it was there that he got his first look at a Corvette. “It belonged to my neighbor. It was a Daytona blue, fuel injected ́63 split window. For me it was love at first sight. I was just overwhelmed by the look of it and the way that it sounded. I was mesmerized by the Corvette mystique… what it was and what it stood for. I was sold right then. I’d love to have that dream car now, but I’ve never seen another one with those options since. I do have a 63 convertible however, that I enjoy immensely.”

Gary attended State University of New York earning a degree in economics while also learning about speed on the drag strips in his Super Stock Firebird. While marriage led to the loss of the race car, he lost none of the drive to be involved in racing. He joined GM in 1977 and worked his way up the ranks until he found himself at the regional office in North Carolina just as NASCAR was really getting big in the early 80s. He got to work building relationships with track owners, drivers and race teams, which would later lead to good things for Chevrolet and the Corvette Racing effort. He then moved over to the Pontiac motorsports program in 1994 and became chief of the Chevrolet Race Shop in 1997. When GM decided to consolidate its motorsports marketing activities into GM Racing, Claudio was a part of it, leading to his involvement in Corvette Racing.

“To have been a part of that team and to have had the latitude within GM to do the creative programs that would bring GM dealers and fans into the sport was very rewarding.”

Looking back on his life, there are so many parts of it that stand out, but his memory of Dale Earnhardt resonates with him as being one of his mountaintop moments. “I remember at one point, Dale and I were talking and he said that when he retired, he wanted to drive in the 24 Hours of Le Mans with us. Three weeks later he was killed. When we did go to Le Mans that year, Doug Fehan and I gathered the team together for the pre-race meeting. I read a letter from Teresa Earnhardt congratulating us and wishing us luck, but the mood was pretty somber having just lost Dale. The Earnhardts had made such an impression on the team that we put a commemorative stripe on the car and a number 3. At the end of the meeting one of the guys on the crew opened the garage doors just as it started raining. “Dale sent us the rain,” he said, recalling that Dale had run with them in the rain at Daytona and that both he and the Corvette were so good in the rain. “We looked at it like he was giving us an advantage to help us win the race. When we did win there wasn’t a dry eye in the house.”

Although he has been retired from GM since 2008, it’s no surprise that Gary can’t sit still or find a nice peaceful way to enjoy the good life. As a younger man, he spent six years on the police force in New York, so he’s gone back into law enforcement since it is so much a part of what makes him who he is. He’s also a long time participant in the Big Brothers/Big Sisters organization where he met 10-year-old Michael Chernenko in 1994. “He became the son I never had,” Gary says proudly. “I’ve watched him grow into a fine young man.” With a mentor as inspiring as Gary Claudio, it’s easy to see why.

Having enjoyed a full and rich life, Gary thinks back on his time with Corvette fondly.

“The great thing about Corvette, in addition to the car, is the community. The people that I’ve met along the way and their devotion to the product and lifestyle that it generates has been amazing. From the racing end, to restorers and the magical way they do what they do, to the Corvette clubs and the GM people who are so much a part of the lifestyle, to the people in the plant who are proud of building those cars… these people really come together to make the Corvette experience what it is. They make it infectious and I’ve never gotten over it.”

“Talk about a dream come true… to go from being a kid in Long Island seeing that first Corvette to being inducted into the Corvette Hall of Fame? How fortunate I am to have that happen. Then all of the people that I was able to meet along the way like the fabulous drivers and crews, the fans, the Earnhardts, Richard Petty, Jay Leno, General Colin Powell, Gary Pratt and Doug Fehan… people who are all friends to this day… all because of that car… the Corvette.”