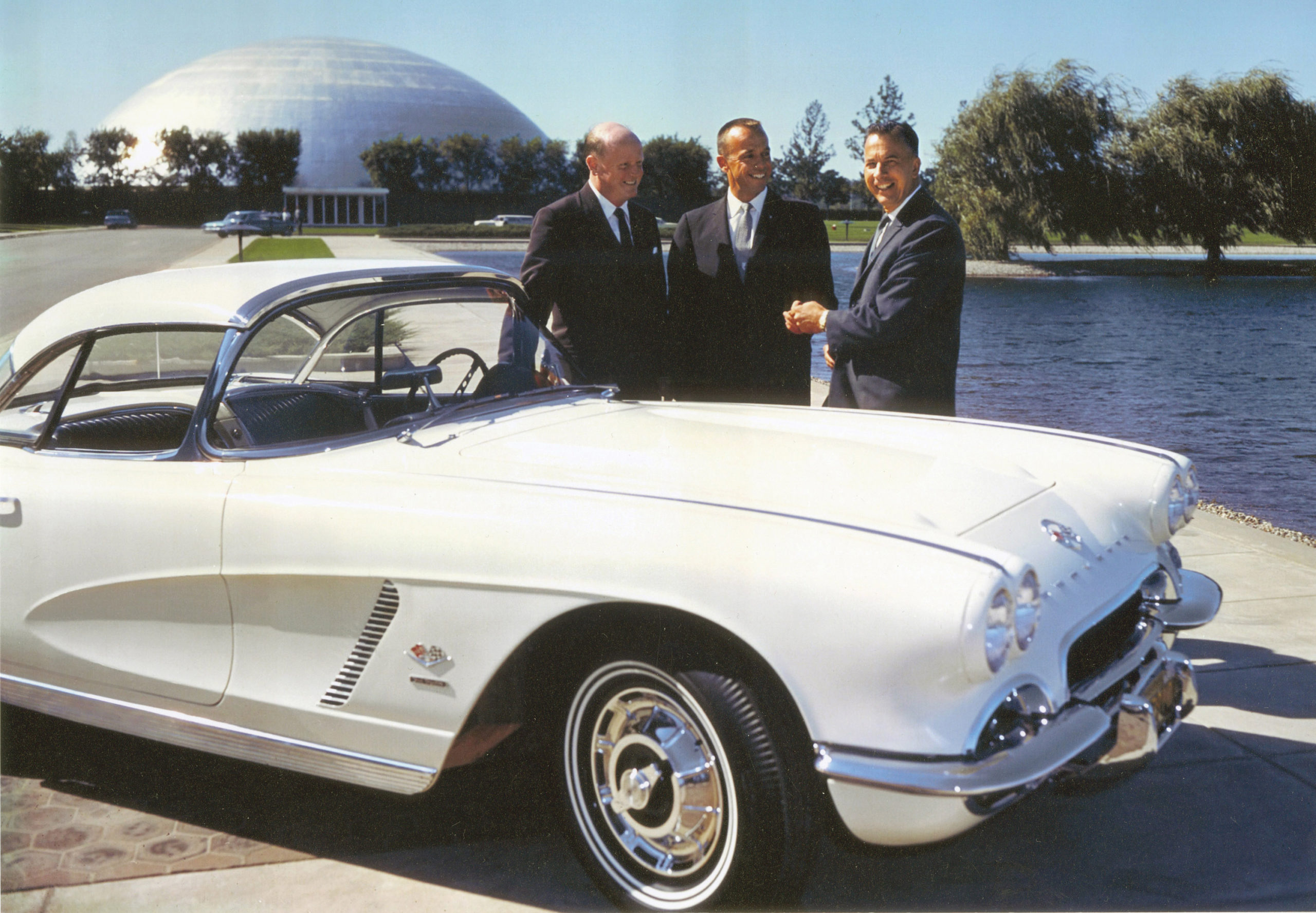 On July 20, 1969, Commander Neil Armstrong made his way down the ladder of the Lunar Module. He looked down to see that the foot pad at the bottom of the ladder had sunk an inch or two into the fine powder of the Moon’s surface, further confirming that the landing site was stable. He stepped down on to the pad, firmly gripping the handrail, and then made sure he could get back up to that first rung. The strut hadn’t compressed on landing as fully as expected, which led to a 32-inch span that had to be cleared to get back up on the ladder. With only one-sixth of the gravity of Earth holding him down however, he found that the jump was easy enough to make, even in the 25-layer space suit.

As he stood on the precipice of the event that would define human achievement, he looked out over the lunar landscape. The chatter from Mission Control ended while the world waited for him to take that famous first step.

“Okay. I’m going to step off the LM now,” he announced.

He then stepped onto the Moon to become the first human to set foot on extraterrestrial soil.

He has said that he hadn’t decided on his first words until after the Eagle had landed. Over 238,000 miles away, 550 million people back home on the planet Earth watched the grainy images of history being made, listening intently for what he would say.

“That’s one small step for … man; one giant leap for mankind.”

To celebrate the 50th anniversary of that epic achievement in human history, the National Corvette Museum, in conjunction with NASA and the Marshall Space Flight Center, have put together an exhibit that will inspire and remind us that no goal is too far out of reach. The exhibit is called From Gas Station to Space Station: How NASA Conquered Low-Earth Orbit.

With Mars being the next giant leap for mankind, conquering low earth orbit is key to making that happen. Through the experiments and lessons learned on our journeys to the moon, along with all we’ve discovered from the Space Shuttle program, Skylab, and the International Space Station, we are already preparing for that next epic adventure. This exhibit explores the ongoing quest for interplanetary travel.

NCM Curator, Derek E. Moore, is looking forward to sharing this story with visitors to the Museum. “This exhibit shows where we’ve gone since going to the moon and tells the story of where that transformative moment in history has led us,” Derek says. “We’ll be looking at some stories about how one becomes an astronaut and look into how we landed on the moon, and how that is leading us into the future.”

Derek is happy to also highlight a local connection to space travel. “Western Kentucky University has been kind enough to loan us Terry Wilcutt’s actual flight suit, helmet, boots and glove. Col. Wilcutt actually went to Naval Fighter Weapons School (Top Gun) and he has been on four Space Shuttle missions. Getting to see these artifacts up close will give our guests another fascinating look at this history.”

To do this celebration properly in National Corvette Museum style, we decided to take it a step further and spotlight the fascinating connection between the space program and America’s sports car.

It’s no surprise to anyone that those people who push the envelope in performance aircraft and rockets would want to drive high-performance cars when Earth-bound. For many, the natural choice was Corvette. Alan Shepard started the trend when he drove a 1957 Corvette to the astronaut training base. Later, when he became the first American to travel in space on May 5, 1961, GM President Ed Cole gave him a new Corvette to honor his accomplishment.

Many believe that GM continued to hand out Corvettes to astronauts, but this was not the case. It was former Indy 500 winner, turned Florida Cadillac/Corvette dealer, Jim Rathmann, who perpetuated and cultivated this association by offering a lease agreement for $1 to astronauts. Many of them from the Mercury Program thru Apollo 12 took Jim up on his offer, forever forging a connection between Corvette and the space program.

“Rathmann just got it,” Derek says. “Being a bit of a thrill seeker himself as an accomplished race car driver, he saw Corvette as the perfect car for people who live on the edge. The sleek and fast look of the Corvette went with the personalities of the astronauts, while the power and reactive way that Corvettes handled, appealed to those who have been test pilots and fighter pilots. The fact that it is America’s sports car just completes the picture. Rathmann’s forward thinking on this wound up promoting Corvette at a time when the space age was in full throttle. To honor that aspect of the story, we’re bringing in a few of those cars as well.”

“We also plan to tell the story of Betty Skelton, who had a fascinating role when it comes to Corvette and those early days of the space program. Most Corvette fans already know that she liked to push the limits and that she was a real pioneer in challenging so many male dominated roles. She did it by doing, setting land speed records, paving the way for women in auto racing, aviation and even astronautics. In fact, she became the first woman to go through NASA’s rigorous physical and psychological tests. These were the same tests used to qualify the Mercury 7 Astronauts. She did it to prove that it could be done by a woman. On the cover of LOOK magazine, there she was in a pressure suit and a helmet, next to the headline “Should a Girl be First in Space?” Who knows how many women that Betty has inspired by her example? We hope this exhibit will encourage everyone in the school groups that come through the Museum, to go after their dreams too, and literally reach for the stars.” 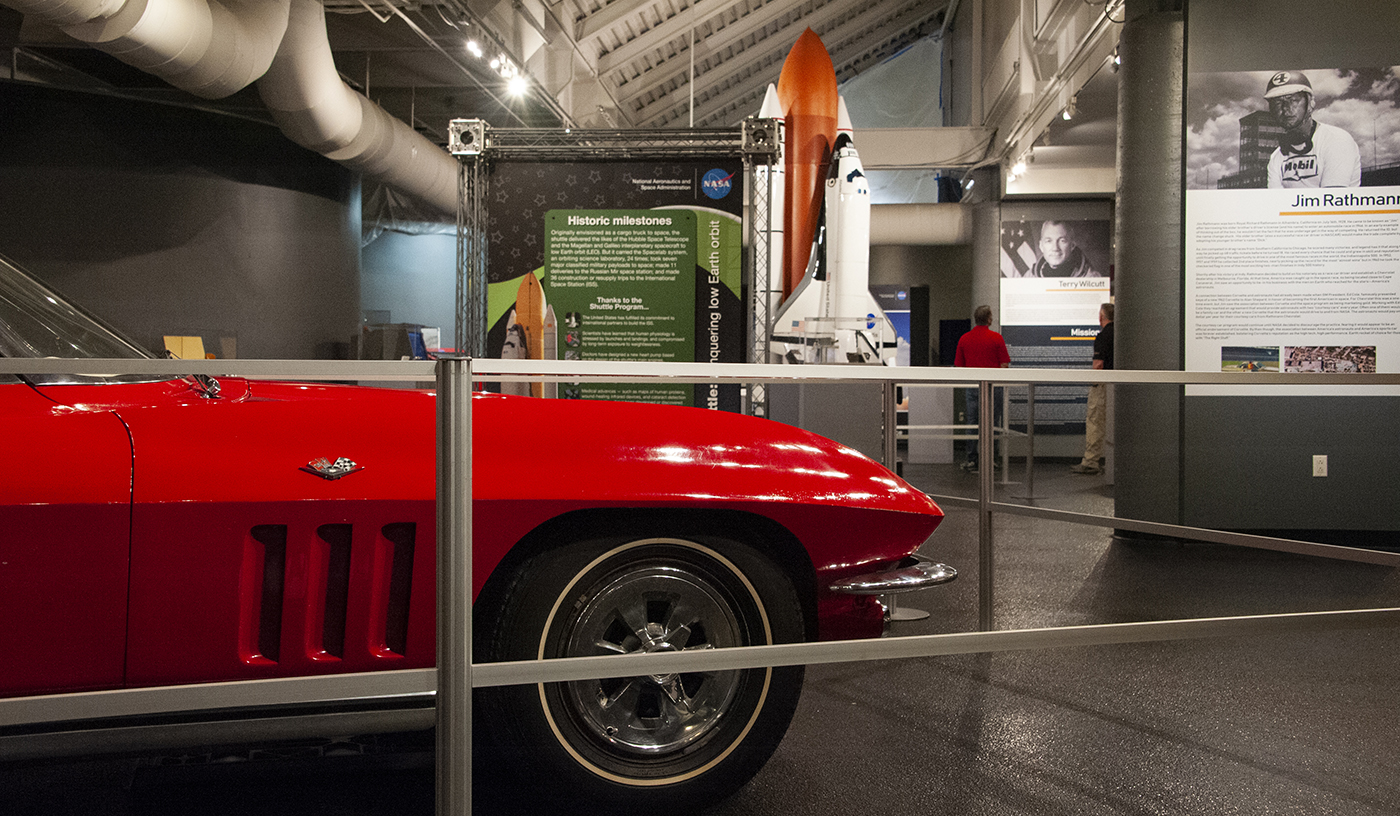