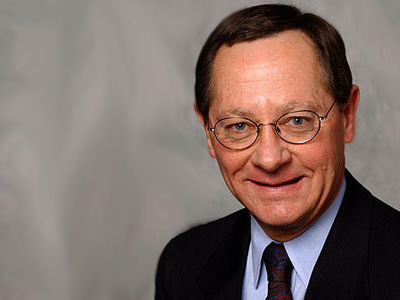 Corvette Hall of Fame Inductee Fred Gallasch has a long history of accomplishments which have and continue to enhance the prestige of Corvette, beginning shortly after he earned his Doctorate of Philosophy and Masters in Economics from North Carolina State University. Gallasch spent his first 12 years with General Motors in the Societal Analysis Department of the research laboratories refining his marketing acumen and acute sensitivity to the ever changing needs and wants of GM’s customers. During that time, he also published over 35 research documents, several of which appeared in professional journals.

Gallasch’s direct association with Corvette began in the late ‘80’s when he became Assistant Brand Manager for Corvette. His work helped GM to strengthen its customer focus and reinvent its product line up. According to Dave McLellan, “he constantly helped make Corvette programs happen when investment capital was scarce and the Corvette needed inside support… From an engineering perspective, I credit Fred with holding engineering’s ‘feet to the fire’ until we found the right fuel tank solution for the C5.” Gallasch has written articles for Corvette Enthusiast and Corvette Fever, and often speaks at Corvette gatherings. “If you own a Corvette, names like Duntov, McLellan and Hill are always heard or mentioned in discussion,” wrote Robert Truilzi, General Director, General Motors Asia Pacific. “At the same time, quietly and unobtrusively, the name Gallasch is also spoken frequently in those gatherings, and usually Fred is not too far behind… doing what he does best, listening to the Corvette owner and sharing his passion!”