Four 2016 Colors on the Chopping Block 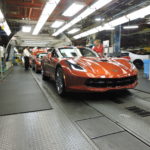 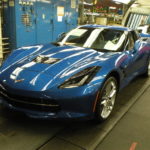 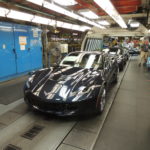 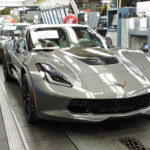 Chevrolet has already said ‘goodbye’ to two of the 2016 Corvette colors, and has now announced two more on the chopping block.

The last Night Race Blue rolled off the assembly lines in Bowling Green on January 7, a Z06 Coupe for export. This is to be followed by the last Daytona Sunrise Orange Metallic, rolling off the line on Monday, February 15 – a Stingray Z51 Coupe.

“At least over the last decade, I do not recall GM dropping this many colors in a single year,” said Museum Delivery Program Manager, Shane Webb. “I don’t have exact statistics, but it’s definitely a rarity to have this much change. It’s puzzling to many within the Corvette world because Shark Gray was the third most popular color for both the Stingray and Z06 for 2015.”

Chevrolet has not yet said what prompted the particulars colors to get the ax, nor have they announced the 2017 model-year line up, but you can bet there will be samples of any newbies at the Michelin NCM Bash April 28-30. If you haven’t registered yet, you can do so online here.