The National Corvette Museum was created as a facility to house the history of the iconic American sports car, and a part of the car’s recent history has joined the Museum’s collections. On Wednesday, November 20 the final C7 Stingray to roll off the GM Bowling Green Assembly line was officially delivered at the Museum.

“As a company, from General Motors, the Plant and the Museum – we all try to work together to do everything we can to preserve the history of this car,” said Kai Spande, GM Bowling Green Assembly Plant Manager. “During the planning of the final production units, GM and Harlan Charles asked if there was an interest from the Museum in getting one of the last cars.”

The car was spec’d out with a purpose – a white exterior and red interior just like the very first 1953 Corvettes. “I think it’s important that the Museum have the last front engine Stingray in the collection because it’s truly a milestone in Corvette history,” said Derek E. Moore, Director of Collections / Curator for the Museum. “The Stingray nameplate holds such significance in Corvette history with the first Stingray Racer, followed by the first production Stingray in the second generation, and though we still see the Stingray nameplate in the eighth generation cars, it’s a momentous time where we are moving from the front engine design to a much more advanced design of a mid-engine. We at the Museum want to capture that history when such a significant change happens.”

The Museum owns several Stingrays, from early models to the more modern generation, but Moore said having this one as a ‘bookend’ to that collection is important history. The next step for the Museum was raising funds to purchase the Corvette.

“We have many Museum supporters and donors, but one came to mind with regard to passion for Corvette history, education and the Museum,” said Moore. 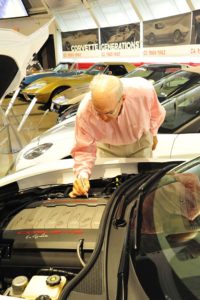 Ivan Schrodt began his relationship with the Museum as a regular member, and like many others, began attending events and getting to know people at the Museum and other enthusiasts. Eventually he became a Lifetime Member and was later asked to join the Museum’s Board of Directors, serving a five-year term. “I really believe in the Museum and what it does to preserve the history of the Corvette, and serve the enthusiasts of the Corvette,” said Schrodt. “I became a supporter and donor over the years because I think it is important to preserve historic cars. It’s nice when the Museum can have some of those one-of-a-kind cars in their collection. This is the last front engine Stingray Corvette with manual transmission that will ever be made. It’s a lot of lasts of its kind.”

Schrodt shared what an amazing car the C7 is, owning a 2016 Z06 himself. “It’s an incredible car. Having a car that’s an absolutely fantastic car, but the last of its kind, I think that’s a great thing to have in the Museum.”

“I personally believe that this is just another example of the symbiotic relationship we have between the factory, the program team and the Museum,” added Spande. “We work together for the benefit of our customers, the benefit of the Museum and the overall history of the car, which is what the Museum is here for. We’re very excited that this car will stay in Bowling Green and it will be in the Museum forever.”

The ‘bookend’ to the seventh generation Corvette was presented in a ceremony at the Museum on Corvette Boulevard, which included a finishing touch of autographs on the engine cover by representatives of GM Corvette Assembly and Schrodt. The car was driven down the Boulevard and Victory Lane by Preston and Schrodt before being placed on display as part of the ‘Generations’ exhibit in the Museum’s Skydome. Thank to Ivan and his wife, Mary, for their continued support of the Museum, history and education of Corvette!

Visitors to the Museum can see the car on display seven days a week, from 8am until 5pm CT. The Museum is located at I-65, Exit 28 in Bowling Green. More information is available at corvettemuseum.org. 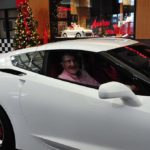 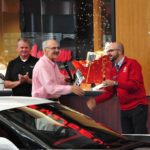 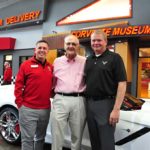 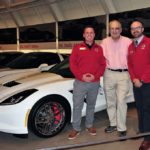 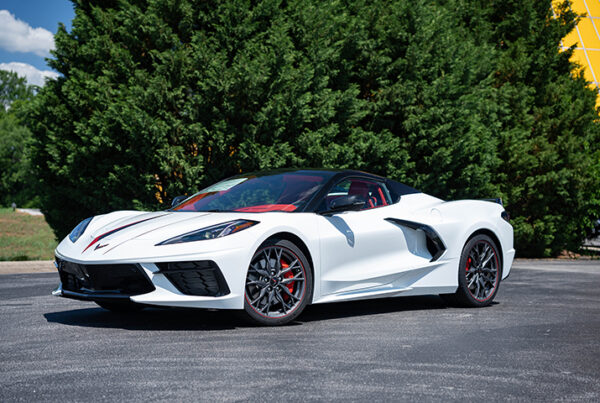