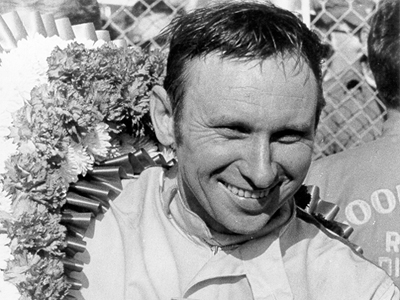 Long before people talked about the Corvette lifestyle, Don Yenko lived it. The only son of a Chevrolet dealer from small town Pennsylvania, Yenko joined the race for the good life early on – and risked it all skidding through the corners of the country’s race tracks, pursuing the checkered flag.

In 1957 Yenko bluffed his way into his first competition race using his new V-8 Corvette. He was hooked. Yenko convinced his father to sponsor a racing effort and was soon entering his Corvette in various SCCA events. Co-founding the Corvette Club of Western Pennsylvania provided a boost to his racing career when the club recruited vice-president of Gulf Oil Grady Davis. Gulf agreed to sponsor two Corvettes for the 1961 racing season and Yenko and Dick Thomspon were hired to drive. For the next three years the Gulf Oil Corvettes dominated the A and B Production classes, and Yenko captured the B Production crown in ’62 and ’63. Although Gulf Oil eventually abandoned Corvette in favor of the Ford Cobra, Yenko remained loyal to Chevy and Corvette for the rest of his career, which included four more divisional championships and a GT victory at Sebring in 1967. He became a legend in supertuning, finding homes for Corvette engines in Novas, Camaros and Chevelles. He died in a plane crash in 1987.