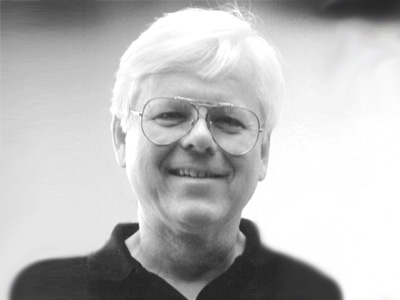 When Zora Arkus-Duntov retired as Corvette chief engineer in 1975, David R. McLellan was offered the job. He’d have been excused had he said “Thanks, but no thanks.” Zora’s elegant imprint was on every Corvette since 1955. Dave worked with the master. He knew Duntov would be a tough act to follow. He also knew GM’s enormous effort in the 70s to meet ever more stringent emissions, safety and fuel economy bogies could bring the Corvette to its knees. Almost 25 years later, the Corvette’s world-class stature speaks volumes about the vision and quiet leadership Dave brought to a perilous program in the mid-70s.

Born in Munising, Michigan, and a graduate of Wayne State University, he started at GM July 1, 1959. He was assigned to the Milford Proving Grounds.

In 1975, he succeeded Duntov as only the second chief engineer in Corvette history. He inherited a beast of a car — overweight, throttled by emissions hardware — which would get worse before it got better. For awhile in the late ’70s and early ’80s, Corvette performance was an oxymoron. But Dave’s low-key, laid-back style hid an intense bull-dog determination to find within the maze of regulation a path to greater glory for the Corvette. He outdid himself. The all-new 1984 car was state-of-the art in aerodynamics, emissions control, weight savings, electronics. Almost a decade after assuming the mantel, Dave had the Corvette headed back to the heights.

Taking a page out of Zora’s book, he began helping Corvette road racers fashion winning programs. To him, the race track was an extension of the proving grounds. With lieutenants like Doug Robinson, John Heinricy, Jim Minneker and Scott Allmon on the front lines, Dave directed a Corvette endurance racing juggernaut so powerful that it was finally dismissed from SCCA competition. In the hands of racing legends like Kim Baker, Tommy Morrison, Dick Guldstrand, Doug Rippie and John Powell, Corvettes won 19 of 19 SCCA endurance races in ’85, ’86 and ’87.

Not to be deterred, Dave and Chevy’s Frank Ellis worked with Powell to launch the million-dollar Corvette Challenge series in ’88. A fabulous showcase for Corvette’s performance, it was also a convenient venue for final development work on McLellan’s most prized baby — the ZR-1.

Featuring Corvette’s first overhead cam engine and bodywork so subtly altered it could easily be confused with the standard Vette, the ZR-1 was introduced to the world automotive press at the 1989 Geneva Auto Show. It was a stunning debut. Almost 15 years after McLellan took over an orphan car line seemingly unsuited for the modern world, the Corvette was universally acknowledged once again as King of the Hill.

On July 2,1992, a smiling McLellan stood by as the one-millionth Corvette was driven off the Bowling Green assembly line. For the quiet kid from Detroit, it was a magnificent moment. Thanks to Dave, the plastic-bodied two-seater born in secret almost 40 years earlier had endured to excite and enthuse still more generations.

Thanks also to Dave, the next generation Corvette (what has become known as the C5) had passed concept initiation before his retirement, on its way to eventual start-up as a 1997 model. In many ways, the C5 was deja vu for McLellan. If external forces almost derailed the Corvette in the ’70s, internal forces made development of the C5 a tumultuous exercise. Awash in red ink, GM second-guessed itself routinely in the late ’80s. As always, the Corvette was a prime cost containment target. The C5 program would emerge as the best Vette yet.

Known as an advocate for pushing the envelope, Dave McLellan wanted to make the Corvette the best possible statement for American technology. Beyond the shadow of doubt, he accomplished such. And one of the major reasons: Dave McLellan. Innovator, educator, Corvette legend, the quiet genius.