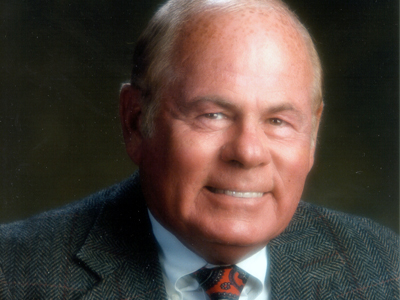 Darrel Bowlin had an idea for a museum. A veteran General Motors employee and Corvette enthusiast, Bowlin had come to the Bowling Green Corvette Assembly Plant as head of industrial engineering. With the blessing of his boss, plant manager Paul Schnoes, he was also developing plans for a Corvette museum sponsored by Chevrolet, unaware that a small group of enthusiasts incorporated as the NCRS Foundation was pursuing a similar goal.

“NCRS President Bill Clupper got wind of Chevrolet having a meeting about a Corvette museum,” recounted NCRS Foundation Board Member Terry McManmon. “He told me to go down there.” McManmon got past security by telling them he was there ‘for the museum meeting.’

That May 18, 1988 meeting would prove pivotal. Recalls McManmon, “Darrel’s idea, begun in 1985 as a means for GM to display its many prototypes and show cars, had evolved to the point where projected costs and incomes, as well as drawings and slides, were presented. The executives wanted both not-for-profit status and non-GM funding. I had the perfect thing for them.”

From then on, Bowlin was part of the team, the man on the inside who would help open doors both inside Chevrolet and in the Bowling Green/Warren County community to get the support and funding crucial to the project. Bowlin’s fund-raising efforts included the payroll deduction program at the plant that brought in $170,000. And it was Bowlin, according to McManmon, who urged the Foundation to change its name from NCRS to NCM “in order to get the support of the National Council of Corvette Clubs, the Western Council of Corvette Clubs and the Canadian clubs.”

Upon retiring from GM, Bowlin was hired as the first executive director of the National Corvette Museum — a museum still unbuilt at the time, but inching closer to reality. McManmon remembers Bowlin and Dan Gale as the prime movers behind the Museum Annex, tangible proof of the determination of the NCM’s organizers.

A man of action, Darrel Bowlin “provided a lot of wisdom and a healthy dose of reality on the Museum Board of Directors,” said Jerry Burton. Bowlin died in 2003, but not before he saw his idea come to life as the National Corvette Museum.