While these daily driver Corvettes may have taken a little beating in their time, it is unlikely they have gotten to the same level of abuse as the 2005 Corvette Manufacturing Validation Build Corvette, “Number 61” 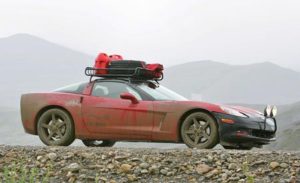 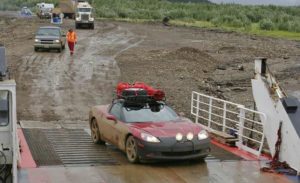 Manufacturing Validation Build (MVB) Corvettes are built prior to full public production and subjected to rigorous tests to fix problems that may occur once the car gets some miles on the drivetrain.

This MVB Corvette was one of the first for the new C6 Corvette, with VIN #00061. It was outfitted with a 4-speed automatic transmission, which was a 0-cost option for the 2005 model, and 400HP LS2 engine. The color on this Corvette is “precision red”, which was only offered for the first half of the 2005 model year.

Throughout its life span from 2005-2008, this Corvette was a test car for the development of the 6-speed automatic transmissions that made its way into the 2006 and newer Corvettes.

This car paved the way for the implementation of the higher gear automatics we have enjoyed in Corvettes since.

Throughout its testing, this Corvette ran on many famous racetracks around the world, including VIR, Homestead Speedway, Spring Mountain, Moroso Motorsports Park, Roebling Road, and even on the Nürburgring in Germany. 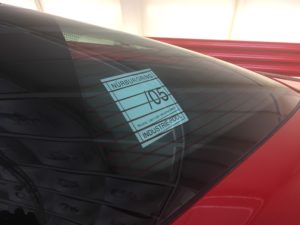 Once testing on the drivetrain was concluded, it endured even more abuse in GM’s climatic wind tunnel, where it was subjected to extremely cold and hot temperatures to test the durability of the car under climate extremes.

Shortly after GM was finished testing this car, it found one more mission before it’s retirement…

Driving 968 miles on one of the most treacherous highways in the world.

Back in 1976, Brock Yates of Car and Driver Magazine took a Corvette Stingray along the Alaska Highway. This “Yukon Corvette” drove over 4,000 miles through gravel and mud to reach its destination in Alaska, then drove back. While the journey was tough, the Corvette made it through against all odds. It was a testament to the toughness of the Corvette. An American sports car from the late 1970s made it to Alaska, on mostly unpaved roads built during WWII. 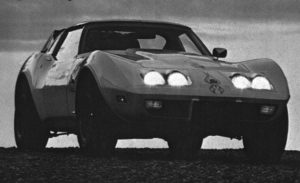 To re-create this feat, Car and Driver Magazine used this 2005 C6 MVB Corvette.

Unfortunately for Car and Driver, the Alaskan Highway used in 1976 has since been updated and paved. Not only is it much easier to travel on, but it is now clogged with tourists and travelers of all types. So, for this re-creation, a different passage was used – the Dempster Highway.

The Alaska Highway (Southwest corner of the map) was used in 1976, The Dempster highway was used during the 2005 MVB Corvette excursion. 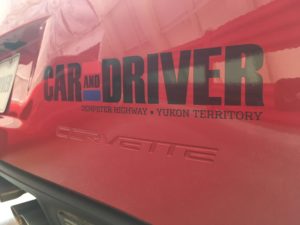 While this highway never hits Alaska, there are sections of this road left unpaved and wide open to the elements.

For this feat, this Corvette was outfitted with a roof rack made to hold a spare tire, as well as two 5-gallon jugs of premium fuel. Stone deflectors were added to the windshield area, as well as powerful auxiliary lights on the front bumper. 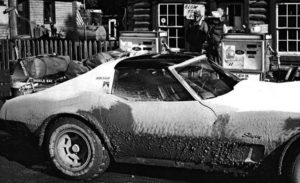 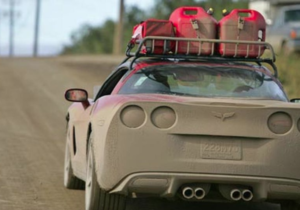 Unbelievably, the Corvette made the round trip with only a cracked windshield – the original tires lasted the whole excursion.

Not only did this Corvette make the trip back to the US, but it drove 4,000 more miles to Michigan after.

This Corvette’s job ended right where it sits currently, on display at the National Corvette Museum.