By Corvette MuseumSeptember 3, 2020No Comments

As part of the National Corvette Museum’s 26th Anniversary Celebration, Kentucky Senator Mike Wilson presented GM Bowling Green Assembly Plant Manager Kai Spande with a Senate Resolution – an award that recognizes the Corvette team for their successful launch of the next generation Corvette, and celebrates the Corvette being named North American Car of the Year.  The resolution was originally adopted in March, but due to the pandemic and the Corvette Plant stopping production, the presentation of it was delayed.

The Resolution reads as follows: 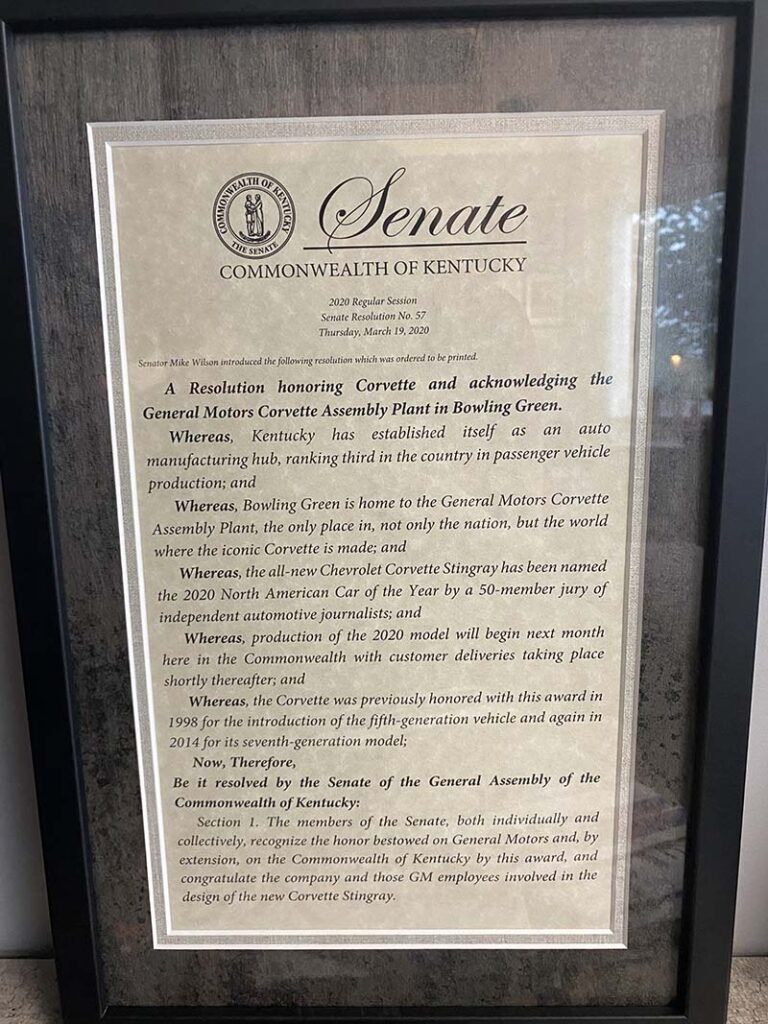 Senator Mike Wilson introduced the following resolution which was ordered to be printed.

Whereas, Kentucky has established itself as an auto manufacturing hub, ranking thir in the country in passenger vehicle production; and

Whereas, the all-new Chevrolet Corvette Stingray has been named the 2020 North American Car of the Year by a 50-member jury of independent automotive journalists; and

Whereas, production of the 2020 model will begin next month here in the Commonwealth with customer deliveries taking place shortly thereafter; and

Whereas, the Corvette was previously honored with this award in 1998 for the introduction of the fifth-generation vehicle and again in 2014 for its seventh-generation model;

Now, Therefore,
Be it resolved by the Senate of the General Assembly of the Commonwealth of Kentucky:
Section 1. The members of the Senate, both individually and collectively, recognize the honor bestowed on General Motors and, by extension, on the Commonwealth of Kentucky by this award, and congratulate the company and those GM employees involved in the design of the new Corvette Stingray. 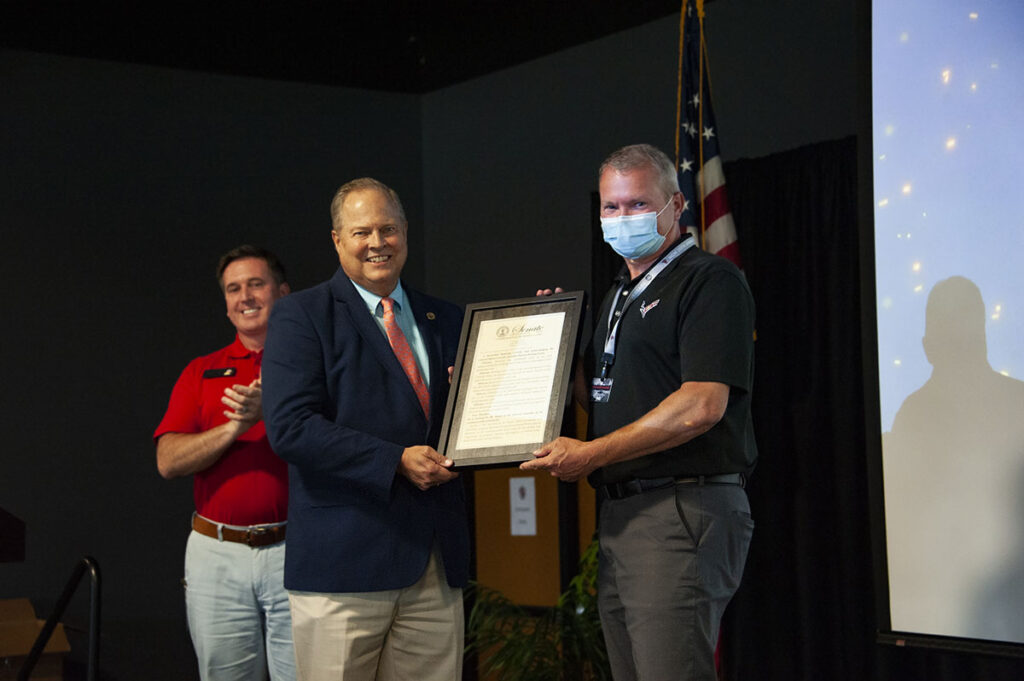