By Corvette MuseumDecember 17, 2020No Comments

General Motors Bowling Green Assembly Plant Manager Kai Spande not only works on the Corvette brand, he’s also a long-time enthusiast. Having owned a number of models over the years he’s excited to share his latest with visitors to the National Corvette Museum. 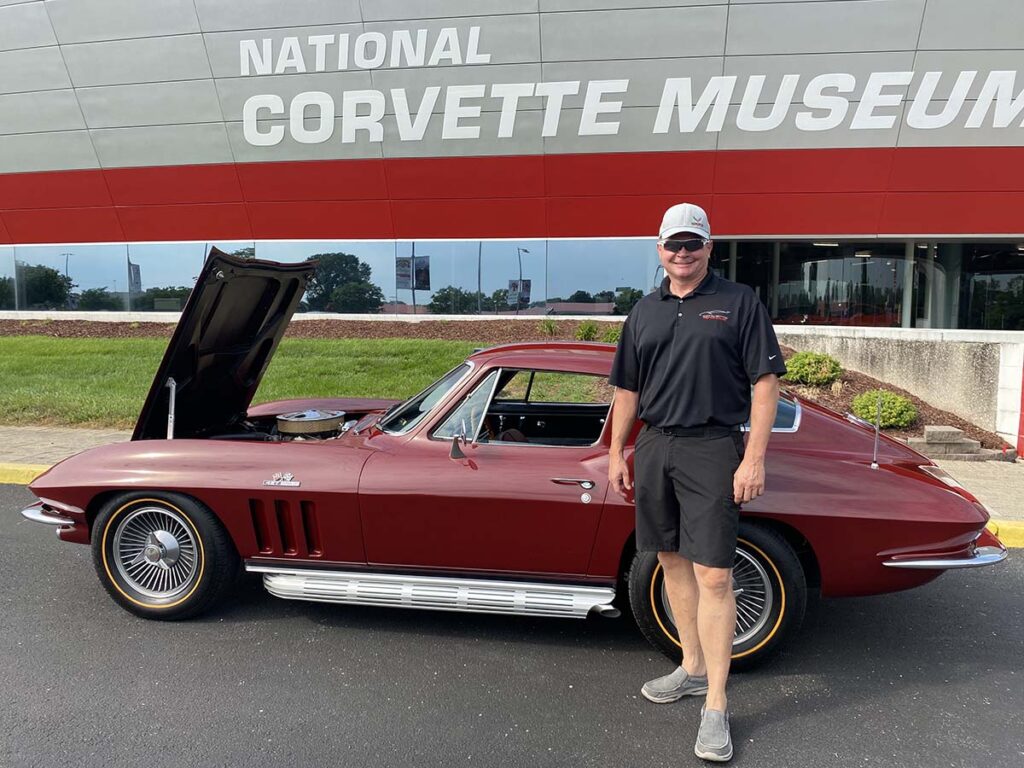 “My passion, beyond the current production Corvette, is big block engine mid-year (C2) Corvettes.  My 1965 was a big block convertible, although it was not an all original car, and the 1969 was a real L71 optioned 435hp coupe that I sold to Corvette restorer Kevin Mackay.”

“Last year I decided to start looking for another C2 big block Corvette.  I was able to locate this Corvette which only has 39,000 miles on it.  It was originally purchased in the Northeast United States, but was eventually purchased by a doctor in Franklin, Kentucky. The doctor sold the Corvette to a well-known collector and restorer who restored the car to Bloomington Gold standard.  It spent the last part of its life in California, where the owner had recently passed away.”

“I was attracted to the car’s very low mileage, originality and level of options. Specific options I love are the side pipes, 4-speed manual transmission, 427 cubic inch / 425hp engine, and the knock off wheels. The power, noise, and nostalgia are spectacular with this car.  In a way, I believe that the C2 era of Corvette is reminiscent of what the new Stingray has done for the Corvette brand. At the time, this car was simply off the charts with technology and unparalleled performance, just like the 2020 Stingray.  The two cars are vastly different, but to me represent the same level of performance for their respective times. Although, it is not the rarest Corvette in the world, it is a shining example of a fantastic time in Corvette history.”

Kai’s Corvette will be displayed in the Museum’s lobby on the turntable for the next several months. The Museum is open daily, 8am-5pm CT.