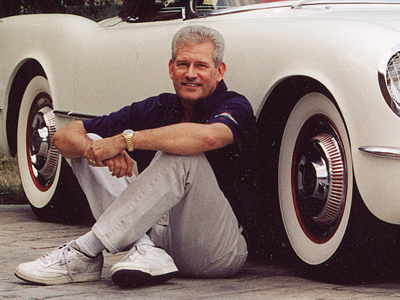 After Elliott “Chip” Miller died in March of 2004, tributes to the co-founder of Carlisle Events flooded in noting his contributions to Corvette as a collector, hobbyist, judge, and of course, organizer of the marque’s premier annual event, Corvettes at Carlisle. But for every word written about Miller’s achievements, a dozen more described his outstanding character, integrity and love for the people who lived the hobby. As his friend George Lyons wrote, “You may choose to remember Chip for his ground-breaking swap meets, his enviable car collection or his prominence in the car hobby, but I will remember Chip as a man with more friends than one could think was possible.”

His crowning achievement, Corvettes at Carlisle, was born of a simple idea. When Chip was prevented from selling a ’54 Corvette at a Hershey, Pennsylvania car show, he and friend Bill Miller decided to put up $500 each for a show at the nearby Carlisle Fairgrounds. That first show in 1974 led to more and finally the purchasing of the fairgrounds in 1982. The partners’ first single marque show, Corvettes at Carlisle, became the great gathering spot of the fiberglass set. Along the way, Chip earned the love and respect of his clients and colleagues and proved himself a friend of the hobby.