Chevrolet’s Response to Viper is a ZR-1 SS Prototype 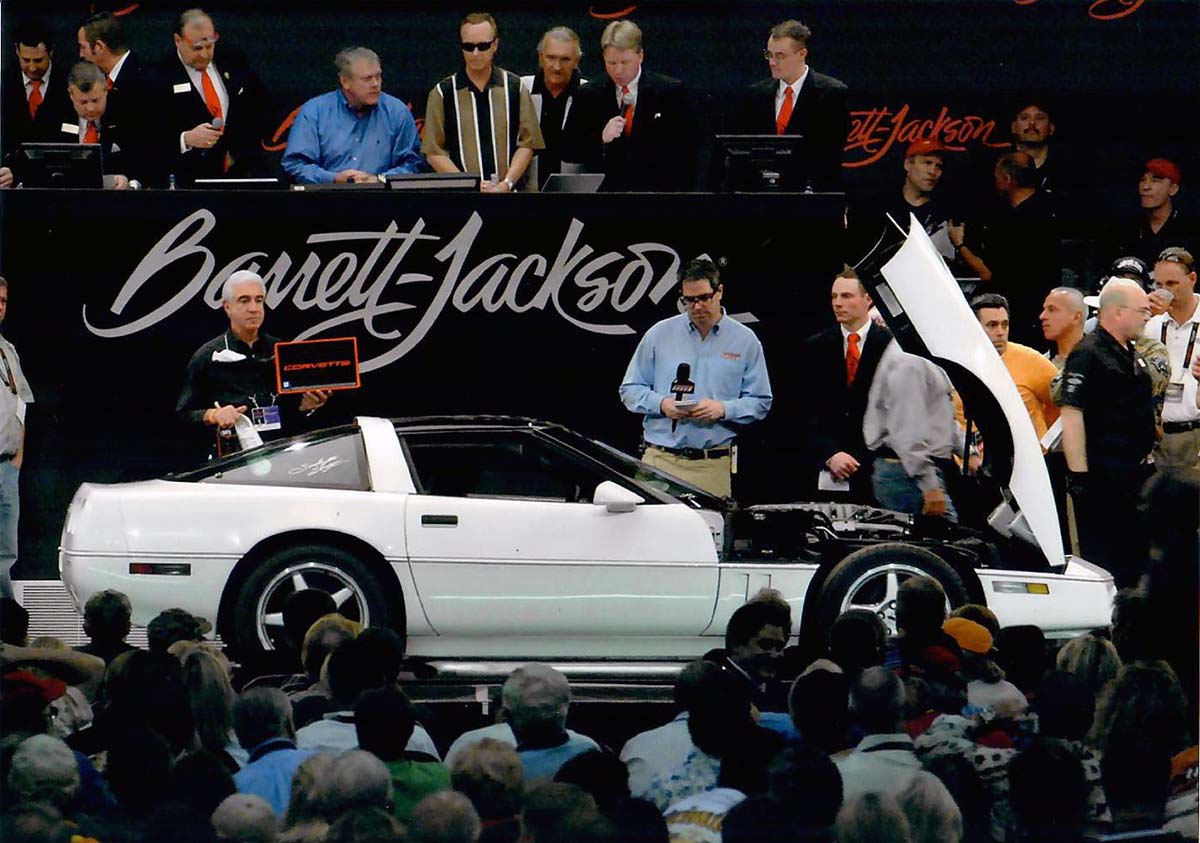 In the late 80s, Chevrolet was not-so-secretly developing what some dubbed a ‘Super Vette.’ But at the 1989 New York Auto Show, it was the debut of the Dodge Viper RT/10, complete with a 488-cid V-10 engine that sent GM engineers on a new path to develop a ‘Viper-Killer.’ Dodge credited the ’65 Shelby 427 Cobra as the inspiration for the Viper, but the model wouldn’t be available until 1992.

By 1990, then Corvette Development Manager, John Heinricy, had three projects for his engineering team to tackle, which would affect future Corvettes:

1) Response to the Viper: The newest Corvette adversary would soon arrive, a car that was light weight, utilized simple technology, but wielded brutal power. Heinricy wanted to study ways to lighten their ZR-1, should Chevrolet need to “skin the snake.”

2) Drop the Pounds: New safety regulations added more weight to the Corvette, which in turn decreased fuel economy. With the gas-guzzler tax looming, GM faced reduced performance to make up the difference, and they couldn’t afford that either. Lightning the weight of the car would improve the speed and efficiency.

3) Ideas and Innovation: A new product would bring the team together and inspire new ideas from the development engineers.

With a common theme flowing between these ideas, it made sense to use the same car for development. A white non-saleable 1989 ZR-1, which had been used in Chevrolet’s 1990 model year media preview, was hand-picked (VIN 00081). It was one of only 84 production ZR-1s built in Bowling Green for evaluation, testing, media preview and photography. No 1989 ZR-1s were released for public sale initially, but several have since found their way into private hands.

Much how track cars are stripped to lighten the load, the car’s A/C, sound system, spare tire and tire-pressure warning system were all removed. The stock wheels were replaced with magnesium Dymags and the leather seats were replaced with lighter weight cloth. The roof received a magnesium frame, a standard flywheel replaced the dual-mass wheel, and a magnesium clutch housing replaced the aluminum stocker. The modifications trimmed the total weight by 250 pounds and at less than 3,000 pounds total in weight, the prototype could do a lot more with less.

In 1991 Snake Skinner was shipped to the Desert Proving Ground where it saw further modification including a special LT5 supplied by engine manufacturer MerCruiser that reportedly produced 475-hp, and other changes that yielded another drop of 100 pounds of weight. The next winter, further developments were made to improve performance and achieve small weight reductions. By March of 1993 the car weighed just 2,906 pounds. The Corvette development team’s straight-line specialist (and Hall of Fame inductee) Jim Ingle drove the car to a 12.04-second quarter mile at 122.2 mph. In what was a final round of modifications in 1993, including a titanium exhaust system and experimental carbon-ceramic brake rotors, the car was down to only 2,765 pounds hitting 11.88-seconds at 123 mph in the quarter mile by Ingle.

The final development use of Snake Skinner was in late 1994 between Heinricy and then-Chief Engineer Dave Hill. With C4 development complete and work now focusing on the next generation, the team looked at how Snake Skinner’s concepts could be used in future generations. Some of the more significant applications were the 500-hp engine, aluminum structure, carbon brake rotors, lightweight glass, titanium exhaust, and magnesium roof frame and wheels.

The ZR-1 SS became so intriguing on the press circuit that a Snake Skinner II (VIN EX6153) was created. Initially used for driver training after testing was completed with the LT5 engine, the car featured many of the appearance modifications of SS I for show purposes, but not so much of the performance upgrades and weight-saving mods. The model was never offered to the public for several reasons, primarily due to cost. With the ZR-1 already bearing a $63,000 price tag, the SS version would have been significantly more. The other issue was extreme horsepower. At the time, a 565-hp Corvette would be considered too much as a base Corvette had 250-hp, and the ZR-1’s LT5 had 375-hp. 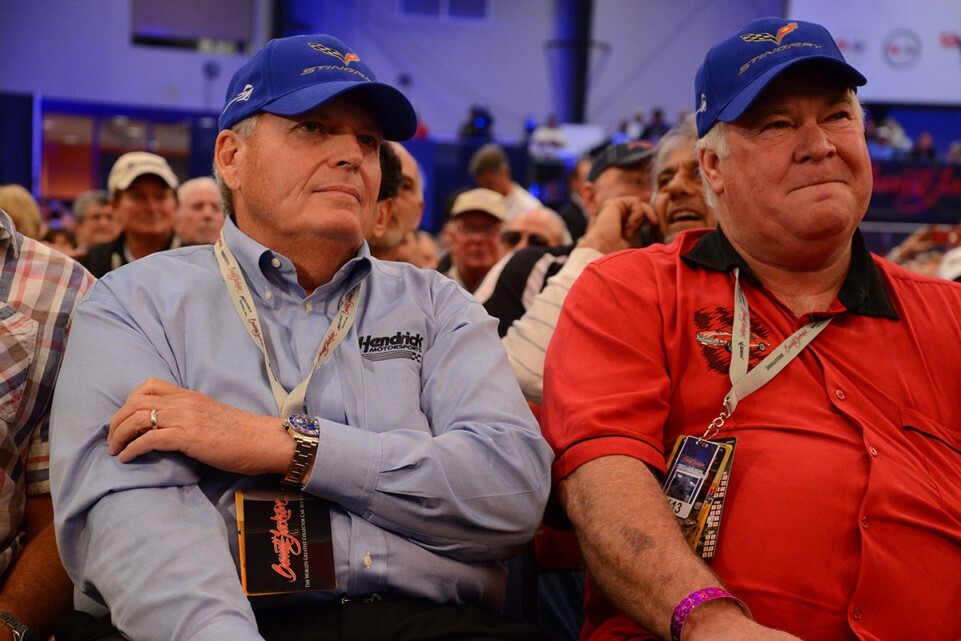 Snake Skinner I was loaned to the National Corvette Museum until late 2008, when GM retrieved it. Both ZR-1 SS Corvettes were sold at Barrett-Jackson Scottsdale in 2009 prior to the company’s bankruptcy. Snake Skinner I sold to noted Corvette collector and Hall of Fame inductee Rick Hendrick and today is kept in his private Museum.

Snake Skinner II was purchased at the same auction by former NCM Board Member Greg Mauzy and his wife Michelle of Midland, Texas. Through the auction, Greg formed a friendship with Hendrick. “At the Las Vegas auction in 2009, they were bidding against each other on a Buick GNX,” shared Aaron Whisenhunt, Greg’s son-in-law. “Mr. H. can be pretty intimidating to bid against, but Greg didn’t back down and ultimately won the car. They would talk cars and formed a relationship.”

“Greg began collecting cars in ‘08/’09, shortly thereafter the Heritage Center started selling stuff off as part of the bail-out, so when those cars came up for sale, his friend Bill Hagee introduced him to John Heinricy and Jim Minnekar with GM and they spoke very highly of some of the vehicles coming up for auction. He wanted to have them in his collection,” shared Aaron.

“I was there with him when he bought the cars,” shared Jim Minnekar. “Greg was bound and determined that he was going to get some of the GM Heritage cars and preserve them. I didn’t know what his ultimate intent would be, if they’d end up at the Museum. Certainly, they’d be preserved where others could enjoy them.”

“The initial intent was to have a museum of his own, show the cars off, let people come in and appreciate the history,” remembers Aaron. “The museum aspect fell through, so when he got on the NCM board, he really enjoyed his time there, saw the benefit of having that established relationship and liked what the Museum was doing. So he put in his will that he wanted a couple of the cars to one day go to the Museum when he was no longer here. Michelle asked him which two, and those were the two (Snake Skinner II and Active Suspension Prototype) he chose, specifically because of the connection they had towards the building block of what Corvette is now,” added Aaron. 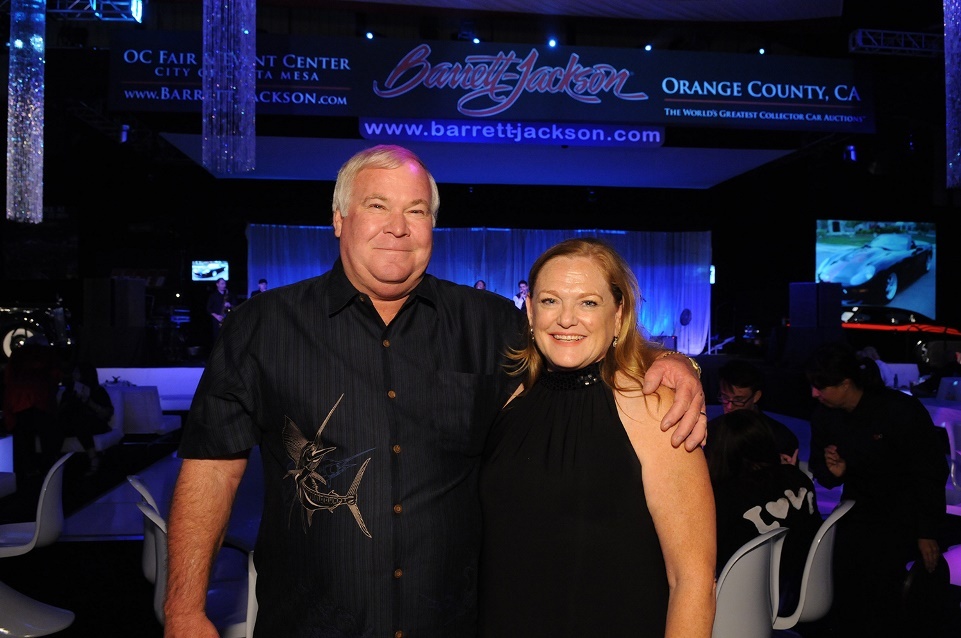 Sadly, Greg passed away in 2015 but is recognized for his love of cars, as a respected member of the car collecting community, and for his support of many non-profits. “It’s really nice of the family to take care of what I knew was his intent and final wishes,” added Jim. In total, Greg purchased 26 cars from General Motors’ Heritage Center. His car collection had approximately 150 vehicles, with about 80 being Corvettes. “Greg was a great enthusiast and had a great eye for things that were important, unlike some of the collectors that go after cars that are well established. He had an eye for what would be good stuff and important,” said Jim.

“Greg has been a prominent member of the Barrett-Jackson family since he first attended our 2008 Palm Beach auction,” the organization posted on their website. “Known for his philanthropic nature, Greg gave hundreds of thousands of dollars to various deserving charities through charity auctions over the last several years, much of which was donated on top of his own winning bid. Greg was a popular figure amongst the car collector community. He had one of the most enjoyable personalities and one of the biggest hearts. Everyone loved being around Greg as he had a way of putting a smile on everyone’s face.”

Thank you to the Mauzy family for their passion for Corvette and help in continuing to tell its story! 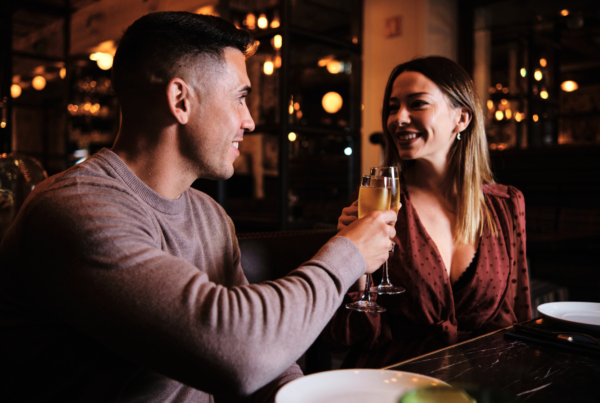