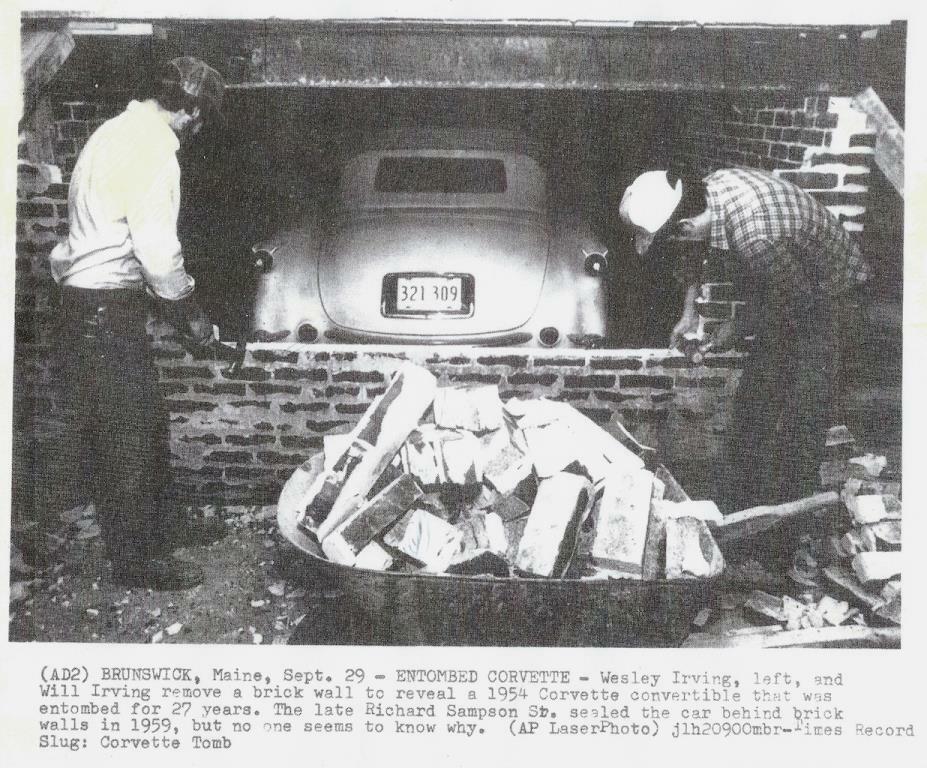 It was 1954 and successful business man, Richard Sampson of Brunswick, Maine had just purchased a brand-new Corvette. After driving it for four years, he wanted to park it somewhere safe. Sampson was constructing new stores for his grocery chain and decided one of them would be the perfect structure to keep his car secure. A tomb was built inside the store – literally around his Corvette. Sampson specified in his will that the car was not to be taken out of the man-made ‘time-capsule’ until the year 2000. Although Sampson changed his wishes before he passed away in 1969, the car remained entombed for 27 years.

The story of the Corvette was not widely known until the early 1980s when a magazine article was published. In 1986, the building’s new owner (who purchased the store in 1982) released the Corvette into the hands of Sampson’s daughter Cynthia. Workers disassembled the tomb, brick-by-brick, for a spectacular reveal. Cynthia then took the car to her home in Daytona Beach, Florida where it remained in the middle of her living room for the next ten years. The car has changed hands a few times since then, but still has accumulated only 2,344 miles and remains in unrestored and original condition.

“The donors reached out to see if we would have an interest in the car,” said Derek E. Moore, Director of Collections / Curator. “We talked a little about the significance of it, as well as keeping it in original condition. We know we want to recreate the tomb in some fashion, a diorama or vignette setting. We’re excited to share this unique piece of history!”

The donors, who wish to remain anonymous, donated it to the National Corvette Museum to continue in the preservation of both the car and its amazing (and interesting!) story.

The car is now displayed in a re-created tomb, much like it was once housed in, complete with replica viewing window and single light bulb. The display was made possible thanks to the generosity of Mary and Robin Vann. 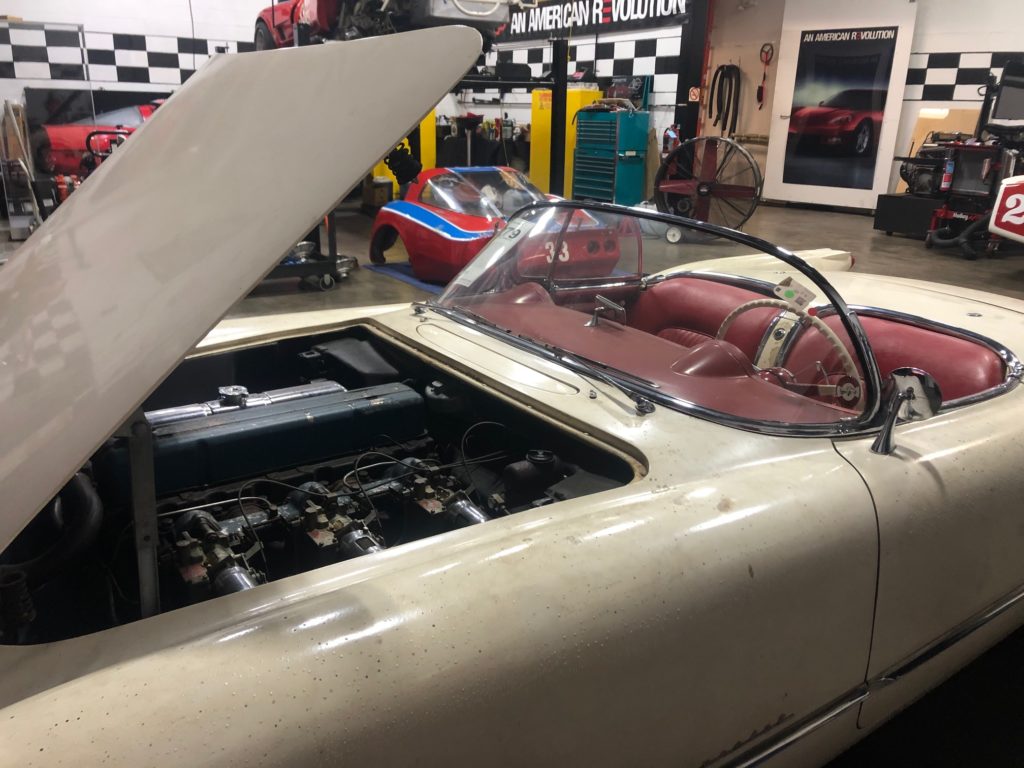 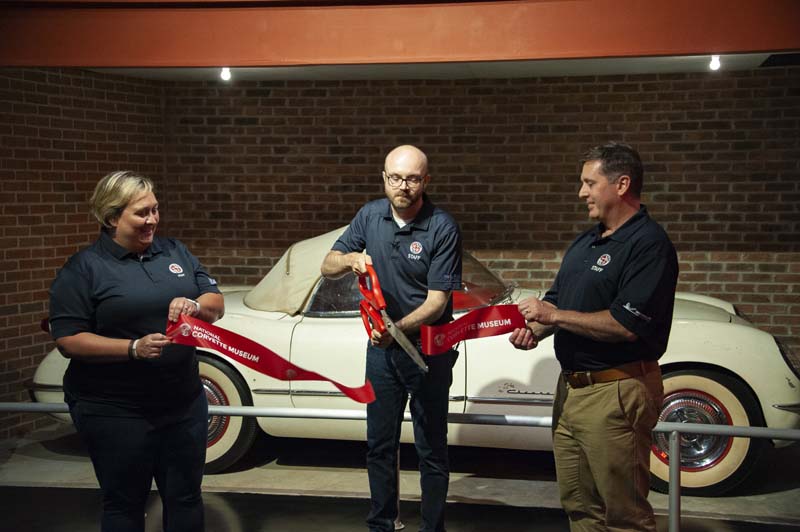 The new ‘Entombed Corvette’ exhibit, made possible through the generosity of Robin and Mary Vann. 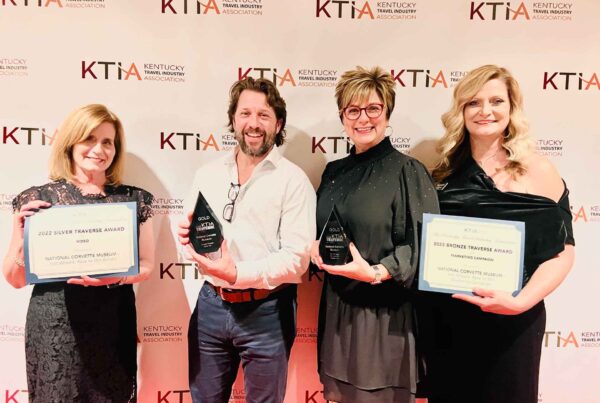 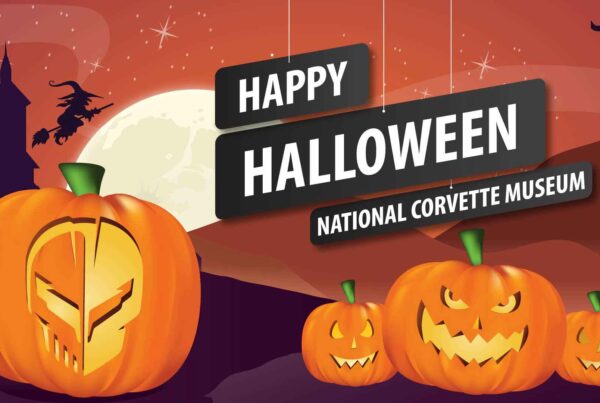 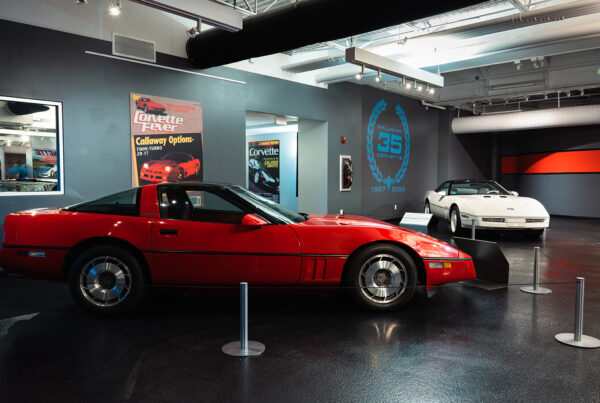