24 at 20: Honoring Earnhardt, Corvette, and the Overall Win at Daytona

On Thursday of Labor Day weekend, during the 27th Anniversary Event at the National Corvette Museum, the Museum held a special seminar with members of the 2001 Overall Win at Daytona team. This year, that win celebrates 20 years, and championship-winning driver Andy Pilgrim, former Corvette Racing Program Manager Doug Fehan, and retired Corvette Racing Marketing Manager Gary Claudio joined us to celebrate. You may recall that in 2001 Corvette Racing had a clean sweep at the event. The number 2 Corvette came in first, and the number 3 Corvette came in second. 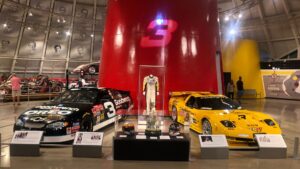 24 at 20: Honoring Earnhardt, Corvette, and the Overall Win at Daytona exhibit is now open until December 31, 2021.

During the round table, hosted by Associate Curator Bob Bubnis, the trio discussed working with Dale Earnhardt in leading up to the race, the race itself, and the emotions they all felt after his passing.

Having a portion of the team back together, 20 years later, the stories shared were funny, emotional, and personal. Gary Claudio shared, “Dale was the guy who appreciated the friendships he had, and he was a man of his word. Dale was a man’s man, a loving father, a great husband, and a great race car driver, and behind the wheel, he was a natural.”

After seeing the iconic “Pilgrim Pass” Claudio exclaimed that Earnhardt called him and said, “is that the guy I’m gonna be driving with?!” Later, in a letter sent to Pilgrim from Earnhardt, he congratulated him on his win at the Petite LeMans at Road Atlanta. Also, on an episode of RPM tonight, Pilgrim was shocked that Earnhardt wanted to talk about Corvette more than he did Talledega. Claudio added that “Dale drank the Corvette Kool-aid.”

Fehan shared with the group that Earnhardt was a little concerned about having a four-person driver team for each car. Fehan encouraged him to give it a chance with four drivers; if he didn’t like it they would consider going to three. After the practice, Earnhardt admitted that four drivers were better than three, and he should probably go to the gym before the actual race. Earnhardt said to Fehan that he wanted to be treated like a “member of the team, just as everyone else was.”

In a second letter that Dale sent to Andy after the race, Dale called Andy one of his best friends. Just days later at the 2001 Daytona 500, Dale requested to speak with Andy, who was in the trailer with Teresa, Earnhardt’s wife. Andy shared that he wanted some advice for the race, but told him he needed no advice and would do great. We all know the tragic events that occurred during that race, and Andy was his last radio call, making it is something that he is very emotional about.

Paired perfectly with the discussion on September 2nd, 2021, a special exhibit, 24 at 20: Honoring Earnhardt, Corvette, and the Overall Win at Daytona, opened today in the Skydome of the National Corvette Museum and features the letters mentioned above, and more. This exhibit is on display until the end of the year.

To hear the stories shared in full, the entire seminar is available to event registrants and members on the members-only section of the website. 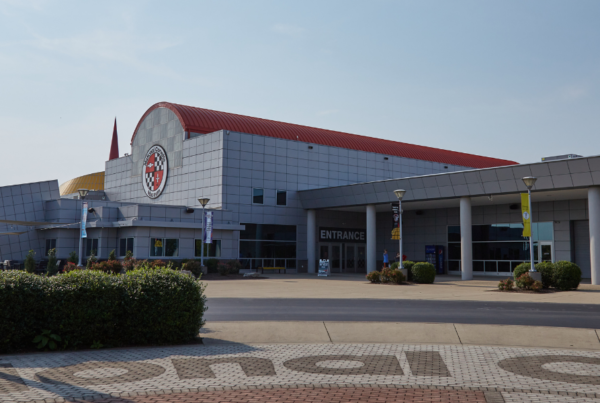