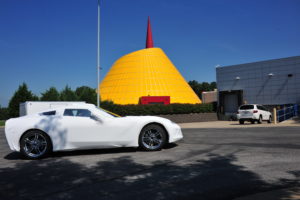 It’s almost like Christmas in July (except for the 90-degree temperatures) as the 2017 Corvettes began shipping on Monday, July 25 from the GM Corvette Assembly Plant in Bowling Green, Kentucky. The latest model to join the Corvette line-up is the 2017 Grand Sport, carrying the racing spirit of the original 1963 model with a LT1 6.2L engine, paired with a lightweight chassis and aerodynamics package.

While many may envision an Admiral Blue Grand Sport with red fender hash marks and white center stripe, a throwback to both the 1963 and 1996 Grand Sports, with the seventh generation there are 360 possible color combinations to choose from. Chevrolet debuted four new exterior colors at the Michelin Bash and joining the Admiral Blue were Black Rose, Sterling Blue and Watkins Glen Gray.  The carry-over colors from 2016 include Long Beach Red, Arctic White, Blade Silver, Black, Corvette Racing Yellow and Torch Red.

Production for 2017 began on June 23, 2016 and approximately 48 units were completed prior to the GM Corvette Assembly Plant’s two-week summer shutdown on June 24. Last week General Motors hosted a media test drive event at Atlanta Motor Speedway, and reviews that have been coming in are extremely positive.

“Based on assigned VINs we estimate that the plant has produced up to 2000+ Grand Sport and Stingray Corvettes so far,” said Shane Webb, Museum Delivery Department Manager. 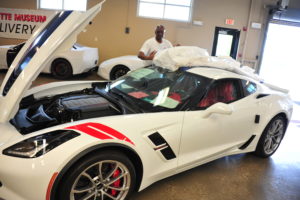 The Museum received their first seven 2017 Grand Sports on Tuesday, July 26 and the lucky R8C Delivery Customer to be the first official C7 Grand Sport Delivery at the Museum is John Colle of Vancleve, MS with an Arctic White Coupe. His delivery is on Monday, August 8.

“Right now I’m tracking about 50 total Corvettes, a combination of Stingrays and Grand Sports,” said Shane. “Not surprisingly the Grand Sport has been a very popular model and our customers have been selecting an array of color combinations for their cars.”

Shane added that 2017 is already looking to be a busy model year and Z06 production will start the first week of September.  According to Harlan Charles, Chevrolet Corvette Product Manager, 2016 Corvette production was the highest since 1984.

“If you are in the market to order a new Corvette we hope you’ll choose option R8C and let us roll out the red carpet for you,” added Shane.  More information on the Museum’s delivery programs is available online at corvettemuseum.org. 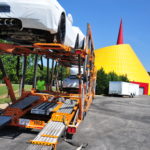 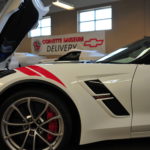 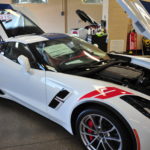 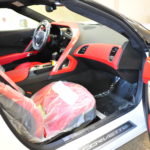 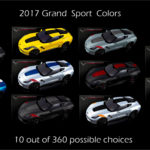 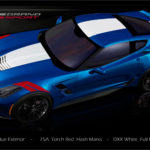 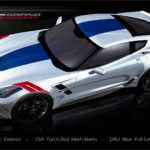 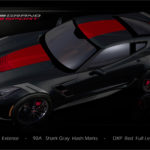 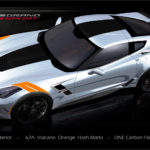 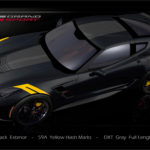 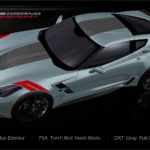 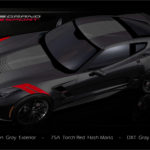 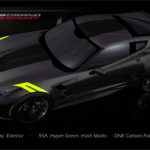 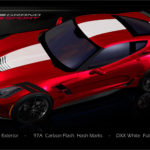 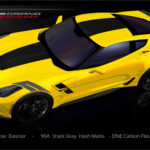