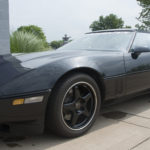 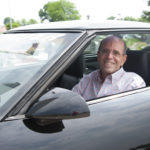 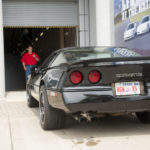 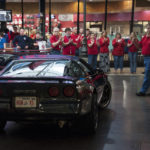 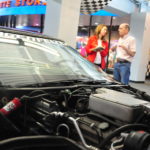 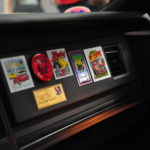 In 1988, Bob Hunnicutt, a Florida car collector and hot-rodder, working with his famous tuner friend, Jim Formato, set out to transform a stock 240HP 1985 Corvette into what they came to call the “Bad Ass Vette of Miami.” Their timing was perfect because John Lingenfelter, who won an amazing 13 National Hot Rod Association titles, had just perfected an engine package based on over-boring the stock 350 cu in (5.7L) Chevy small block to 383 cu in (6.2L) and adding specially designed Lingenfelter camshaft, pistons, heads and manifold and multiple other goodies. Lingenfelter’s mods nearly doubled the horsepower and significantly increased the torque. When they were finished Bob and Jim had built one of the first Lingenfelter Corvettes.

Bob street raced the car for ten years and then sold it. The new owner drag raced it for a season and then – as sometimes happens – stuck it in the back of a garage for ten years before he decided to move on to other things and traded it for a Harley. The new owner started work on the car but soon realized the project was bigger than he wanted to tackle. In late 2010 he sold it to John Blinn of Austin, Texas, and since that time John worked to restore and improve it.

On Thursday, May 26, 2016 the Corvette found a new home. “It’s a special car,” said John. “I don’t know of another that has all the Lingenfelter modifications on it. I’m getting older and thought it was time to do something with the car.”

John, a frequenter of the Museum, a member of the Texas Corvette Association and customer of the NCM Insurance Agency, donated his prized Corvette to the National Corvette Museum, driving it into the building as Museum guests and visitors clapped and cheered. He and friend Corky Bell drove the car 1,100 miles up from Texas, taking it for a spin the day prior at the NCM Motorsports Park. “We ran at the track yesterday and it’s a fantastic place. I hope it grows and grows.”

“I’m always looking for an excuse to visit the Museum,” said John. “I can’t wait to come back and see it on display.”

Thanks to John for helping preserve America’s Sports Car!